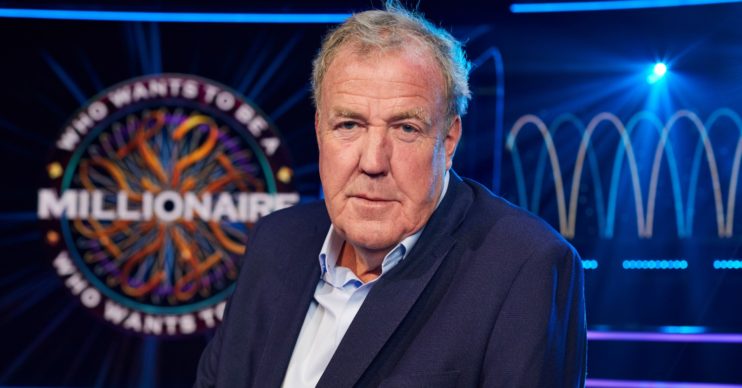 Who Wants To Be A Millionaire: Donald Fear becomes sixth contestant to win a million

The last Millionaire winner was in 2006

Who Wants To Be A Millionaire crowned its sixth winner tonight.

Donald Fear walked away this evening (Friday, September 11) with the coveted seven-figure prize, after joining host Jeremy Clarkson at the hot seat for the last episode of the series.

The history and politics teacher from Telford won his million with the question ‘In 1718, which pirate died in battle off the coast of what is now North Carolina?’. The answer was Blackbeard – a fact he remembered from a short stint of teaching piracy earlier in his career.

He said gobsmacked, after Jeremy congratulated him: “How easy was that? Every question fell for me! No trivia, not a single trivia question.”

“A million congratulations, I’m delighted for you. Everyone has walked into the studio to see this moment…”

When Donald walked out to applause from the crew, Jeremy continued: “He was like a sponge, there’s no piece of information that hasn’t lodged in his head. I’m choking up!”

Strangely, Donald isn’t the only member of his family to do well on the programme.

As they discussed throughout the episode, his brother, Davyth, featured in a previous episode and won £500k.

First Who Wants To Be A Millionaire winner in 14 years

Who Wants To Be A Millionaire has been on screen for over 20 years, but before today, only a handful of contestants have walked away complete winners.

Since the show launched in 1998, then hosted by presenter Chris Tarrant, just five others have officially won.

Here’s everything you need to know about the other brain-boxes who have won the ITV quiz show.

Judith, a garden designer from Staffordshire, was the first to smash the million-pound question. She faced the question ‘Which king was married to Eleanor of Acquitaine?’ and got it right with ‘Henry II’.

Read more: Who Wants To Be A Millionaire praised for Covid-friendly changes

Three years after her Millionaire win, she joined the panel on BBC Two’s Eggheads.

Speaking to The Telegraph in 2014, she said: “I noticed the questions weren’t that difficult and the prize money was huge. I wasn’t aiming for the million; I thought £32,000 would be nice.”

Just a year later, David Edwards became the second contestant on Who Wants To Be A Millionaire to win seven figures.

His question was, ‘If you planted the seeds of Quercus robur, what would grow?’ and he answered correctly, ‘Trees’.

David later competed on the Eggheads spin-off show Are You an Egghead?

Before Millionaire, he won Mastermind (in 1990) and featured in an episode of The Weakest Link.

Shortly after his Millionaire victory, he told the Guardian: “The money will buy freedom to do all the things I’m interested in and don’t have time to do properly.”

Undoubtedly Who Wants To Be A Millionaire’s most infamous winner, Charles Ingram beat the million-pound question in 2001.

His was, ‘A number followed by 100 zeroes is known by what name?’ The answer is ‘Googol’.

It later transpired that he had cheated, with the aid of his wife Diana in audience and lecturer Tecwen Whittock, one of the waiting contestants. A court found him guilty of a single count of ‘procuring the execution of a valuable security by deception’ – meaning he doesn’t count as an official winner.

The story of the scandal and the legal battle that followed was depicted in the ITV drama Quiz.

Just a few months later, Who Wants To Be A Millionaire saw its third winner.

A London banker educated at Oxford University, Robert gave ‘Volt’ as the answer to ‘Which scientific unit is named after an Italian nobleman?’

The money will buy freedom to do all the things I’m interested in.

An unnamed pal told the Daily Mail at the time: “We are all delighted for Robert, of course, but this win won’t change him at all because he was a millionaire already.”

Who Wants To Be A Millionaire saw several years elapse before crowning another winner.

It was Pat Gibson, an Irish quiz champion, who stepped up and ended the dry spell.

‘Which of these is not one of the American Triple Crown horse races?’ was the final question for him. The answer was ‘Arlington Million’.

“There were not severe time constraints, so speed was not an issue, as in Mastermind,” he said of the experience to Shortlist.

Pat went on to win a place on the Eggheads panel in 2009, via it’s spin-off show Are You An Egghead?

Ingram Wilcox – unusually sharing part of his name with Charles Ingram – was the last person before the 2020 series to win.

He appeared on the show in 2006. His million-pound question was ‘Which boxer was famous for striking the gong in the introduction to J. Arthur Rank films?’ The answer was, ‘Bombardier Billy Wells’.

Read more: Who Wants To Be A Millionaire: Viewers fancy ‘beautiful’ contestant Scott

He said, during a looking-back episode: “The first [extravagance] I bought… was a banker’s lamp. You know, the kind with the green glass shade?” He said he always wanted one.

Before Millionaire, he appeared on a number of quiz shows, including Countdown.

Are you a fan of Who Wants To Be A Millionaire? Leave us a comment on our Facebook page @EntertainmentDailyFix and let us know.

Chris Tarrant ITV Jeremy Clarkson Who Wants To Be A Millionaire?