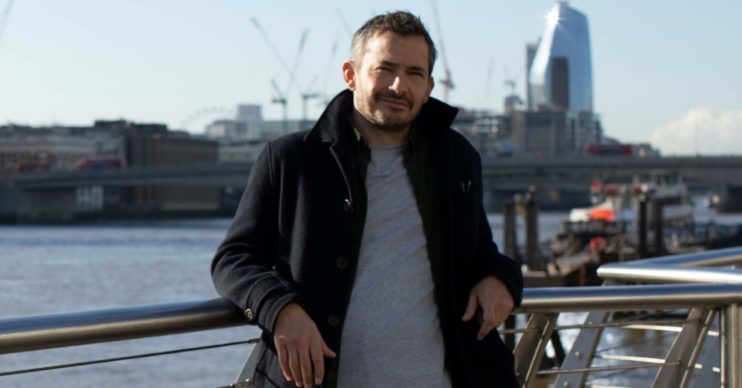 Who are Giles Coren’s famous family? Who is the wife of the Amazing Hotels host?

Giles Coren is lucky enough to travel to Macau in BBC Two’s Amazing Hotels (Monday March 22 2021) – but who are his famous family?

Is his wife famous, too? And how old is he?

Here’s everything you need to know about Giles Coren.

Read more: MasterChef The Professionals: Who is Monica Galetti’s husband?

Who is Giles Coren and what is he famous for?

Giles is a journalist, food critic, TV presenter and writer.

As well as his regular columns in The Times, Giles is a published author.

His first notable TV appearance was as a regular correspondent on Gordon Ramsay‘s The F-Word.

In June 2006, he presented a programme on More4, entitled Tax the Fat, about clinical obesity and the cost it presents to the NHS.

He went on to co-present the Channel 4 series Animal Farm, before teaming up with comedian Sue Perkins in a series of documentaries known as The Supersizers.

In 2017, he presented Amazing Hotels: Life Beyond the Lobby alongside Monica Galetti.

Giles Coren family: Who are his famous dad and sister?

Giles is the son of English humourist Alan Coren and his wife Anne (née Kasriel).

Alan was a regular panellist on the BBC radio quiz The News Quiz and a team captain on the BBC’s Call My Bluff.

He was also a journalist, and the editor of Punch magazine for almost a decade.

We reckon their Christmas get togethers must be fun!

Giles Coren family: Is he married?

Giles has been married to Esther Walker since 2010.

Esther is also a successful journalist.

She has written for The Times, the Daily Mail and The Daily Telegraph.

Esther has published two autobiographical books, The Bad Mother and The Bad Cook, which focus on how to navigate domestic life while managing a successful career.

Giles and Esther write joint articles about their relationship in The Times.

The pair also present a weekly podcast together called Giles Coren Has No Idea in which they discuss the new stories of the week.

Giles and Esther have two children together.

They have one daughter named Kitty and a son called Sam.

The pair live together in their Kentish Town house in London.

They also own a house in Gloucestershire.

How old is Giles Coren?

Giles Coren certainly isn’t shy of expressing an opinion – even if it’s offensive.

He’s been involved in a number of controversies, including breaching a privacy injunction by naming a footballer, writing abusive emails to colleagues, and provoking Twitter spats with gusto.

Famously, he is vocal in attacking the Polish population for their part in the holocaust.

The controversial food writer deleted his Twitter after allegations of racism were levelled against him by a former colleague.

He soon returned, however…

Giles famously sparred with Richard Bacon, when the latter thanked the NHS for saving his life after contracting a lung infection.

Giles shot back: “Your life was saved by medical science. I don’t see what the NHS has to do with it.”

Wash your mouth out, Giles!

Amazing Hotels: Life Beyond the Lobby on BBC Two

Outside it looks like a stack of glittering jewellery boxes.

Inside it’s a cross between a museum, a palace and a shopping mall!

Monica gets special access to a secret set of VIP suites dubbed The Mansion, where it takes more than just money to book an exclusive room.

Giles visits a special theatre that sends its audience flying through the air, and helps to arrange the flowers for the Chinese New Year celebrations.

The episode was first shown in July 2020.

Amazing Hotels: Life Beyond the Lobby is repeated on BBC Two at 9pm on Monday March 22 2021.