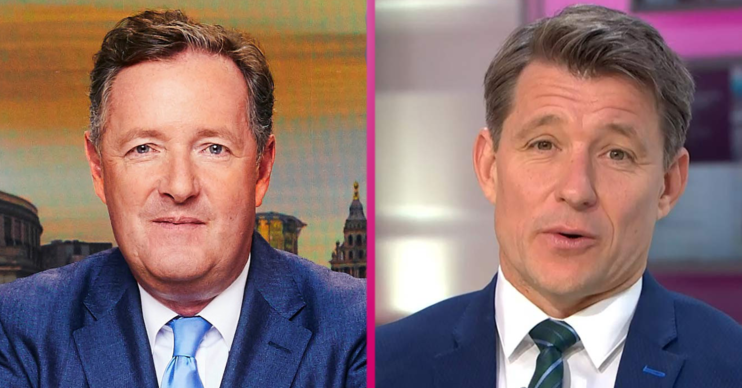 Where is Piers Morgan? Here’s why he’s not on GMB today

Ben Shephard is filling in for the Good Morning Britain host

Those tuning in at home have been taking to Twitter to ask where is Piers Morgan and Susanna Reid?

Where is Piers Morgan?

Before lockdown began, Piers worked a three-day week, presenting alongside Susanna on Monday, Tuesday and Wednesday.

She then stayed on for ‘Therapeutic Thursday’ to host with Ben.

Meanwhile, Ben then normally works Fridays with co-host Kate Garraway but, in her absence due to husband Derek’s illness, Ranvir Singh has been standing in.

However, he has now resumed his normal schedule and works a three-day week.

When is Piers Morgan back?

Piers Morgan will be back to host GMB on Monday (July 6).

Many viewers called for him to be present to report on the COVID-19 crisis and ask challenging questions of the government.

But, with lockdown easing and the crisis abating, Piers has taken his Thursdays back.

What is Therapeutic Thursday on GMB?

It was so named by Susanna to refer to the relative calm on the show after three days of one-man tornado Piers.

Viewers are divided over which presenting style they prefer on the breakfast show.

Some feel that Piers makes the programme all about him, talking over guests – when he’s not bellowing at them.

Others think that Ben is too nice and doesn’t ask the probing questions necessary to get to the core of big issues.

How have GMB fans reacted?

Some GMB fans were confused when they tuned in to find Piers wasn’t there.

Taking to Twitter, one wrote: “Where’s Piers this morning? Gutted & disappointed he isn’t on the programme.

“I want to see him hold the Govt @GOVUK & brazen lying Boris @BorisJohnson to account. Lovely to see the incredible Susanna @susannareid100 though.”

Moments later, a third tweeted: “@GMB Is Piers not now hosting on a Thursday.”

Fortunately, he’ll be back next week.

Do you think that Good Morning Britain is better without Piers?