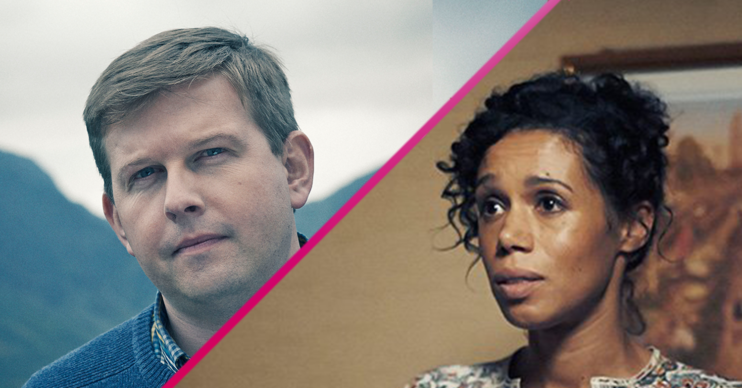 Why did Eddie and Nicola split up in The A Word? Vinette Robinson discusses series 3

The A Word series three kicked-off with a very notable character missing. Nicola, played by Vinette Robinson, is no longer in the show as she and Eddie (Greg McHugh) are no longer together. But why did Eddie and Nicola split up in The A Word? Here’s everything you need to know… Why did Eddie and […]

The A Word series three kicked-off with a very notable character missing.

Nicola, played by Vinette Robinson, is no longer in the show as she and Eddie (Greg McHugh) are no longer together.

But why did Eddie and Nicola split up in The A Word?

Why did Eddie and Nicola split up in The A Word?

Nicola and Eddie’s marriage was on the rocks ever since she had an affair with her colleague Michael.

The couple tried to make things work by relocating from London back to his hometown in the Lake District.

However, she didn’t gel with his family at all and caused upset when she initially suggested Joe was autistic.

Following a pregnancy scare, Eddie and Nicola finally split up.

Despite both trying  their best, he couldn’t forgive her for cheating and the couple called it a day.

Where is Nicola in The A Word?

Nicola has moved to a different part of the country.

Following her split from Eddie (Greg. McHugh), she decided to relocate to London from the Lake District.

READ MORE: Does Max Vento have autism in real life? The A Word star plays Joe

Unfortunately, this means she will not be in The A Word series three.

What has Vinette Robinson said?

Despite not being in the new series, Vinette has taken to social media to promote it all the same.

Taking to Twitter, she wrote: “I, for one, can’t wait to tune in and see my A Word family.”

During an interview with Fault, she explained what attracted her to the script in the first place – writer Pete Bowker.

“[It’s] the way that he observes relationships and behaviour,” she said. “I also think that the way he approaches the subject is so beautiful because there is some levity there.

“It’s also an important subject, and I’ve never seen anything like this. It’s quite nice to do something that’s different.

“There are loads of amazing procedural shows, but I can’t remember the last time I saw a really great family drama. I think there’s room for one.”

The A Word series three episode three will air at 9pm on BBC One tonight (May 19).

In this evening’s episode, Alison (Morven Christie) and Joe are both invited to join her new love interest Ben (David Gyasi) for a picnic.

While she clearly wants to go, Alison checks in with Paul (Lee Ingleby) before making any decisions.

During a heart-to-heart, Paul appears to not be remotely phased at the thought of Alison moving on.

But is he being honest with himself?

Perhaps Alison isn’t the only person moving on.

Despite receiving a seven-figure offer for the business, Maurice is furious with his son for even considering it.

Will Eddie accept? And if so, does this mean he’s leaving the Lakes to move to London for good?

What is Vinette up to now?

Vinette played Mary Cratchit in the BBC series A Christmas Carol in December.

Most recently, she teamed up with Line of Duty star Stephen Graham on upcoming movie Boiling Point – which is due for release next year.

What happens in The A Word series 3?

The new series is set two years on from when we last saw the characters.

Nicola and Paul are now divorced and lives 100 miles apart.

Meanwhile, Eddie is now living back with his dad Maurice following his split from Nicola.

It’s getting a tad crowded over at Maurice’s place as Paul and Joe are also staying with him temporarily.

Elsewhere, Rebecca is at university but makes an unexpected return home with a big surprise of her own.

Directed by Fergus O’Brien, series three was filmed in the Lake District and Manchester.