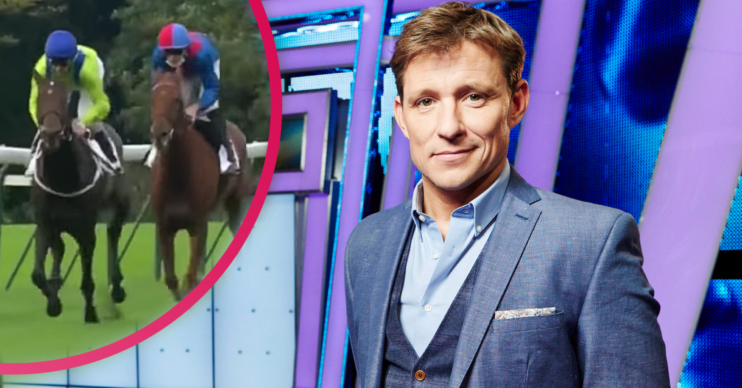 When is Tipping Point back on ITV? Viewers furious after it was pulled from schedule

Have no fear - it's back on Monday

Tipping Point on ITV has become a staple for quiz show fans across the country with its daily doses of trivia and arcade game thrills.

So it’s no surprise that viewers were losing it when Tipping Point was not on yesterday (Friday, June 4) because the channel was rolling out live sport all afternoon until The Chase at 5pm.

So what was on in its place and when will it be back on?

Why wasn’t Tipping Point on?

Quiz show fans had to find something else to do because live horse racing dominated the ITV schedules from 1.30pm onwards.

The afternoon of racing is a big one for fans of the sport.

ITV is going to town on the Derby Festival from the Epsom race course, with Francesca Cumani and Ed Chamberlain presenting a whole weekend of races.

Yesterday it was The Oaks at 4.30pm, which follows races throughout the afternoon.

And today (Saturday, June 5) it’s the turn of The Derby itself.

When will Tipping Point be back on?

Have no fear Tipping Point fans.

The show will be back on Monday (June 7) after today’s absence in its usual time slot.

Host Ben Shephard will be back to welcome another three contestants, each with a crack at winning £10,000.

It will then continue throughout the week uninterrupted.

How did viewers react to the bad news?

In a word: badly! Viewers weren’t best pleased when they heard the news.

One used a Father Ted gif of the swearing priest, and captioned the video snippet by saying: “Bloody horse racing is on today – meaning no #TippingPoint.”

Another said: “Bloody fuming. Rushed home from work only to see damn horses on instead. Could have stopped for a cheeky couple of pints in the sun if I’d have known.”

One even let out a little swear over the interruption!

Evening, knob jockeys! Those jockeys (and their horses) are knobs for interrupting #TippingPoint today! #TheChase pic.twitter.com/NMWzFjXCOX

Another matched the viewers frustration by leaving a facepalm emoi as a response.