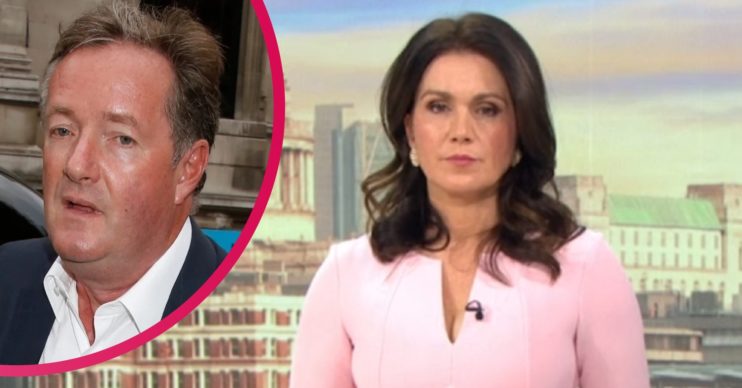 Today on GMB, Susanna Reid was missing from the presenting line-up. Where is she?

During Thursday (March 11) morning’s episode of the ITV daytime show, Susanna wasn’t present on the panel alongside Ben Shephard, as she usually is.

It follows Piers Morgan’s departure after six years as a presenter on Good Morning Britain.

Where is Susanna Reid today? Why wasn’t she on Good Morning Britain?

It’s not known exactly why Susanna wasn’t on GMB on Thursday, but it follows reports she was in tears following Piers’ exit. Her co-host Kate Garraway replaced her on the programme.

Charlotte Hawkins confirmed the day’s line-up when the show started at 6am.

Susanna’s day off comes after she paid tribute to her former colleague Piers during Wednesday’s episode, when she hosted alongside Ranvir Singh.

She said: “A number of viewers will, of course, know the news and many of you will not, and be surprised that Piers isn’t here this morning.

“Piers and I have disagreed on many things and that dynamic was one of the things that viewers loved about the programme.

We were a team… and we won. Thanks guys. I’ll miss you.

“He is without a doubt an outspoken, challenging, opinionated, disruptive broadcaster – he has many critics and he has many fans.”

On Thursday morning, Piers tweeted to say he would miss the GMB team, and Susanna retweeted his message for her own followers.

He wrote, alongside a picture of the GMB cast and crew: “I had one goal when I joined @GMB – beat @BBCBreakfast in the ratings. On my last day, we did it. That was down to the hard work and dedication of the whole team. They don’t all agree with me, some don’t even like me, but we were a team… and we won. Thanks guys. I’ll miss you.”

A source previously told The Sun that Susanna was tearful following meetings at ITV’s Television Centre home in London.

They told the newspaper: “It’s been a difficult 24 hours for Susanna, too. She’s exceptionally close to Piers, but is now left holding the baby. She also doesn’t want to look like she condones his behaviour as she often disagrees with him, but respects his right to have an opinion.”