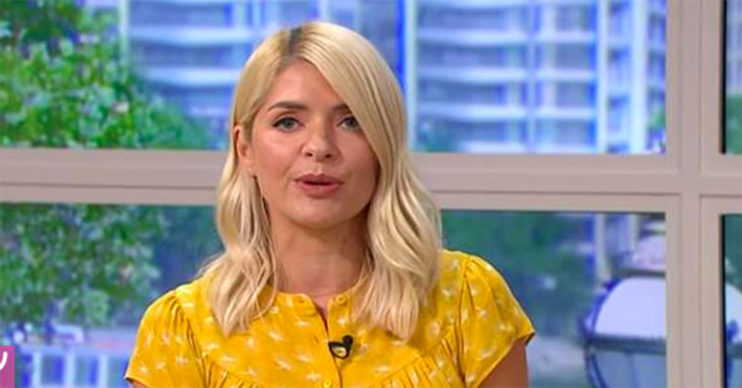 Where is Holly Willoughby? This Morning presenter missing from the Bank Holiday show

This Morning presenter Holly Willoughby isn’t on the show today, instead Phillip Schofield is hosting with Rochelle Humes.

Phillip explained at the top of the show that as it’s Bank Holiday Monday, Holly is with her kids.

The TV star recently revealed she was working on an “exciting project” while on a break from the ITV programme.

Again, Holly was replaced by Rochelle Humes on the show.

Sharing the cryptic post about her project last month, Holly wrote: “Vitamin D, caffeine and a side order of distraction from Chester…

“Working on something else next week which I can’t wait to share with you all… thank you to the lovely @rochellehumes for keeping my side of the sofa warm.”

Many fans believed Holly was actually filming a guest role on Midsomer Murders.

Taking to the comments, one wrote: “Would it be Midsomer?”

A second shared: “Thinking could it be Midsomer Murders. I remember them asking you to join them on the drama and they would see what they could arrange.

“This was a few weeks ago when you and Phil [Schofield] were chatting to a couple cast members one morning on your show. Good luck whatever it is.”

A third agreed: “That’s my guess too!”

A fourth commented: “Checking your script out for Midsomer Murders maybe?”

On Twitter, another guessed: “Holly are you having a secret adventure? One thinks there maybe some skullduggery afoot #MidsomerMurders.”

When was Holly offered the Midsomer Murders role?

At the time, the host was interviewing two of the drama’s stars Neil Dudgeon and Nick Hendrix on This Morning.

Holly added: “Aw guys! I mean you’re going to have to kill me off really quickly because I’m terrible at acting.”