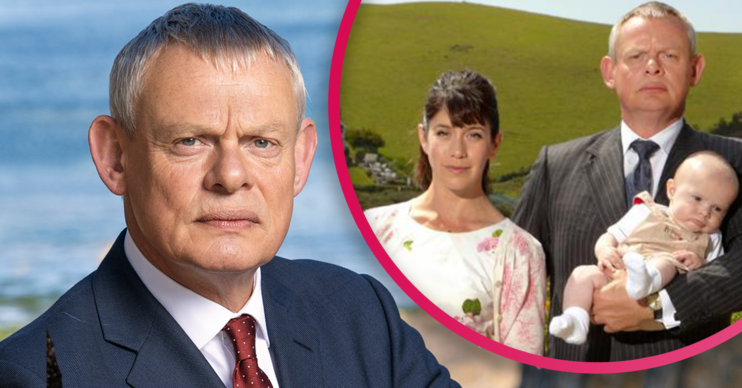 Doc Martin boasts some of the most gorgeous filming locations on telly so it’s no surprise it has topped the list on Top 50 UK destinations Brits have either visited or would like to, as compiled by a Virgin Media survey.

Although Portwenn is a fictional town, the places you see on screen are very much the real deal.

So if you’re thinking of booking a staycation this summer, why not follow in the footsteps of Martin Clunes and Caroline Catz.

Where is Doc Martin filmed and can the public actually stay there?

Here is everything you need to know…

Where is Doc Martin filmed?

Doc Martin is filmed in locations across Port Isaac in north Cornwall.

The gorgeous scenery will undoubtedly provide some inspiration to anyone thinking of booking a staycation this summer.

If you happen to be one of them, here are some of the locations featured in the show…

Doc Martin fans are in for a treat because the Cornish property used in the popular ITV show is now available to rent as a holiday let.
Fern Cottage in Port Isaac, north Cornwall, is Martin Clunes' surgery and home in the TV series based in the fictional village of Portwenn.. 🙂 pic.twitter.com/GpWEi4FMiN

Tourists actually rent out the property for self-catering staycations this summer.

It boasts two bedrooms and breathtaking views over the sea and village.

You’ll find the stone cottage around 100 metres past the the harbour in Port Isaac.

Cast your minds back and you’ll remember this is where Mrs Tishell confessed her feelings for Dr Ellingham.

READ MORE: The ultimate Doc Martin quiz – are you the show’s biggest fan?

The one bedroom hideaway is secluded on the cliffs in Port Quin above Port Isaac.

Holidaymakers can rent the property through the National Trust.

The 12th century church because is where Dr Ellingham and Louisa famously tied the knot (after their first failed attempt).

It’s a pretty decent size for a small village church and can house more than 150 people.

Locals affectionately refer to it as the Cathedral of the Moor.

Take a stroll around Port Isaac and you’ll stumble across a number of iconic Doc Martin filming locations.

Head over to Middle Street and you’ll find a house called Little Dolphins.

Fans may recognise the property as it doubled up as Mrs Tishell’s chemist shop in the show.

Elsewhere, the Liberal Club is the village shop in Doc Martin and the Central Garage on New Road is the show’s fruit and veg shop.

Make sure you stop off for a pint at the Golden Lion pub if you’re ever in town during filming season.

The cast and crew are regularly spotted enjoying some downtime her in between takes.

Doc Martin series eight primetime repeats are on ITV, every Tuesday at 7pm.