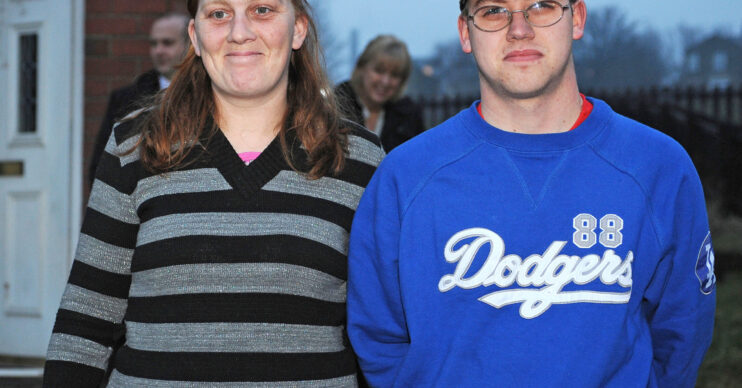 The Disappearance of Shannon Matthews: Where is Karen Matthews’ partner Craig Meehan now?

Some unsavoury truths about him were exposed back in 2008

When Karen Matthews appeared in front of TV cameras following the disappearance of daughter Shannon, boyfriend Craig Meehan was by her side.

As one of the most notorious crimes in modern British history, most people know the dreadful story that unfolded.

Shannon, a nine-year-old schoolgirl from Dewsbury in West Yorkshire, vanished on her way home from school.

The case baffled police as they could find no trace of  her.

And after three weeks of searching for her, it became clear that not all was as it seemed…

Who is Craig Meehan and how was he involved with Shannon Matthews?

Craig Meehan was the partner of Shannon Matthews’ mum, Karen, at the time the schoolgirl went missing in 2008.

He worked as a fishmonger in a local supermarket.

Meehan, who’d been with Karen for around five years, was never charged with any of the offences relating to Shannon’s disappearance.

But the former fishmonger had his computer seized by police as part of the investigation.

Child pornography and images of child abuse were discovered on his hard drive.

What was Craig Meehan charged with?

Meehan was charged with possessing indecent images of  children on computer equipment seized from the house he and Karen shared in Dewsbury.

He was found guilty and sentenced to 20 weeks in prison in 2008.

How much time did he serve?

Meehan wasn’t involved in the kidnap and extortion plan cooked up by partner Karen and Craig’s uncle, Michael Donovan.

He is a convicted peadophile. As part of his order, he spent seven years on the sex offenders register and was banned from possessing photos of children.

During Karen’s trial, she tried to pass the blame on to Craig, who is 10 years her junior.

She claimed she wasn’t responsible for Shannon’s kidnap and told jurors that Craig had told her to take the blame.

Where is Craig Meehan now?

According to The Mirror, Craig has had to move at least five times since the trial after being repeatedly unmasked.

He initially lived in a village in West Yorkshire, but left after being brutally attacked.

Meehan then moved to Huddersfield, but had to relocate yet again when his identity was revealed.

He then moved back to Dewsbury – where he’d lived with Karen and her kids – but this caused outrage when it was discovered he was living just 100 metres from a primary school.

According to reports, at least one furious father attacked Meehan, causing him to flee yet again.

A resident told The Sun at the time: “It is crazy that he was put so close to a school. I know he’s got to live somewhere but he is well known around here so you think he’d go somewhere out of the way.

“One of the dad who has kids at the school grabbed him in the street and belted him and told him to get gone. And that’s what he did.

“He was an idiot for thinking he could live around here and not be recognised.”

In February 2017, he was moved to another place, this time with a view of a children’s play area.

According to the Daily Star, it wasn’t long before Meehan was identified and attacked – twice – as a result.

A source told the publication: “Now that he’s had a thumping at one of the places he felt safe, he feels scared and he’s gone reclusive again.”

As it stands, no one is sure where Craig Meehan currently is.

Did Meehan know what Karen and his uncle had done?

None of Craig Meehan’s charges related to anything Karen or Michael Donovan had done.

This suggests he knew nothing about the kidnap and extortion plot.

Craig was seen handing out leaflets and working as part of the community to try to find the nine-year-old girl.

Did Craig Meehan try to overdose on Calpol?

In a controversial scene in ITV’s dramatisation of the story, The Moorside, a scene showed Craig Meehan downing a bottle of Calpol.

There doesn’t appear to be any official reports that Craig tried to take his own life with Calpol.

Was his relationship with Shannon Matthews bad?

According to Craig, who had been with Karen since Shannon was four, he loved the little girl like his own daughter.

He was also horrified when initial reports suggested that he had anything to do with Shannon’s kidnap and extortion plot.

In March 2008, Meehan said: “Me and Shannon have always got on well.

“We have a real good laugh together. She likes jumping on me and trying to beat me up. I don’t see myself as her stepdad. She’s my daughter.”