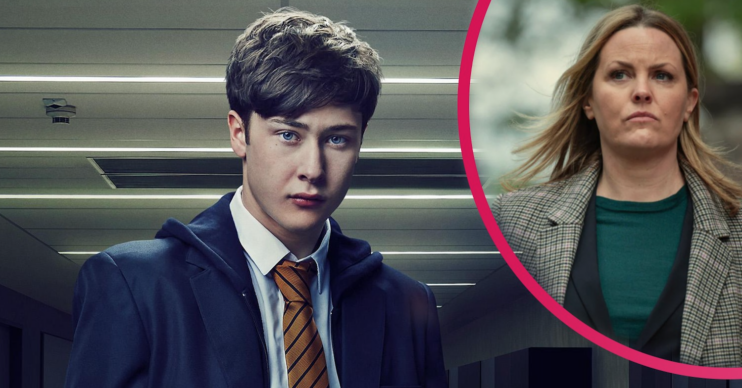 Where are the original cast of Ackley Bridge now? From Samuel Bottomley to Jo Joyner

It's been a busy post-Ackley Bridge time for this lot

The Ackley Bridge cast was studded with top names and newcomers alike.

Now it’s on its way back for fifth series later this year.

But where are the cast of the first four series… and what are they doing now?

Since Ackley Bridge, Samuel has gone from strength to strength.

Read more: The Teacher on C5: What’s it about, how many episodes is it and is it a true story?

And now he’s appearing in new Channel 5 thriller, The Teacher, with Sheridan Smith.

The series – which starts tonight (Monday January 31) tells the story of teacher Jenna Garvey (Sheridan) who is accused of sleeping with one of her students (Kyle).

After The Teacher, Samuel will appear in another Channel 4 drama, The Birth Of Daniel F Ferris.

Since then, Jo has been a staple of daytime TV thanks to her role as Lu Hathaway in cosy crime drama, Shakespeare & Hathaway: Private Investigators.

A former star of Holby City and EastEnders, Paul, 42, was one of the most recognisable actors in the UK.

However, he admitted last year that his history of substance abuse could end his life.

Since Ackley Bridge – where she played Kaneez Paracha for four series – 48-year-old Sunetra has gone from strength to strength.

Roles in Casualty (as Zoe Hanna), BBC thriller Informer, Cold Feet and The Bay means it has been a busy few years since the last series of Ackley Bridge.

Sunetra also appears as a panellist on Loose Women from time to time.

Away from the camera, Sunetra is married to Scott Carey.

Not only is their marriage unconventional (it’s a long-distance relationship and she has no plans to move in with him), the couple owns a business that makes a bacteria-killing product.

For three series, Adil played teacher Sadiq Nawaz – who had an affair with headteacher Mandy.

But now viewers will recognise Adil, 47, from a whole different genre.

He also fronts daytime word game, Lingo, on ITV, too.

Known in Ackley Bridge for playing English teacher Emma Keane, the character was famed for her testy relationship with daughter Chloe and her affair with colleague Samir.

Away from Ackley Bridge, 42-year-old Liz last appeared in the ITV crime drama Unforgotten in 2021 as suspect Fiona Grayson.

Playing conflicted Nasreen Paracha for three series in Ackley Bridge, 24-year-old Amy-Leigh has hit the heights since her appearance in the drama.

She appeared in the Harlan Coben Netflix thriller Safe in 2018, and then landed the main role in series four of BBC One army drama Our Girl, taking over from Michelle Keegan.

Since leaving Ackley Bridge after series one, we’ve seen a lot of Anneika.

Most recently, she played Nicky in Channel 4 thriller Deadwater Fell, Farida Jatri in series six of Line Of Duty and Maggie Kean in the last series of Shetland.

Anneika will next appear in Sky’s upcoming supernatural drama The Midwich Cuckoos alongside Keeley Hawes and Max Beesley.

He appeared as Curtis Delamere in the ITV soap last year.

Curtis has been with Emma Brooker since the start of the show, but it was recently revealed that he had been lying to his wife about a heart condition and was accused of stealing charity money.

In 2021, Curtis also appeared in an episode of Death In Paradise, playing Joseph Verdinikov.

We most recently saw the Games Of Thrones star in BBC One thriller, Rules Of The Game, as Gemma.

In it, she appeared alongside the likes of Maxine Peake.

Her next project is Sky’s supernatural crime drama, The Rising, with Matthew McNulty.