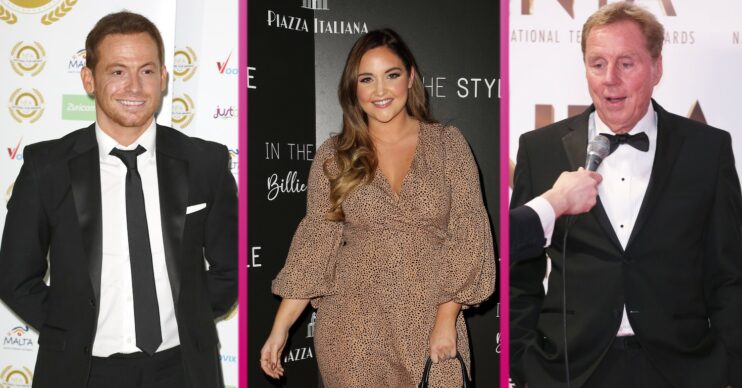 Where are all the previous I’m A Celeb winners now?

I’m A Celeb is known for it’s long line of jungle royalty – but where are all the previous winners now?

From Joe Swash to Harry Redknapp, I’m A Celebrity has crowned some very famous names as winners of the show.

But what are the past winners up to now? Read on and we’ll tell you!

Tony Blackburn was crowned the first-ever King of the Jungle in the debut series of the show.

After winning, Tony went back to his old career and continued to work across a number of radio stations including BBC Radio 2.

Following his jungle victory, the former cricketer went on to become team captain of quiz show They Think It’s All Over in 2005.

His most notable TV role, though, came when he joined A Question Of Sport as team captain – a role he held for 13 years.

He was axed along with Sue Barker and Matt Dawson last year.

Tufnell also made an appearance on Strictly Come Dancing in 2009.

Kerry made I’m a Celebrity history by becoming the first-ever Queen of the Jungle in 2004.

She then went on to have her own reality TV shows before signing up to Big Brother and Dancing On Ice in 2011.

After stepping back from the cameras for a while, Kerry made her comeback by appearing on a range of shows including Loose Women and This Morning.

She now has five kids and is engaged to her hunky personal trainer beau Ryan Mahoney.

Comedian Joe Pasquale continued with his career after being crowned King of the Jungle.

The star also went on to host the reboot of The Price is Right and appeared on Dancing On Ice in 2013.

Carol Thatcher won over the nation in 2005 and was crowned Queen of the Jungle.

After her win, she went on to publish several books, one of which detailed her mother’s declining health and dementia.

She also became a contributor on BBC’s The One Show but was very quickly dropped after she made comments about a black tennis player.

The Busted band member surprised viewers by taking the King of the Jungle title in 2006.

Matt returned to the jungle a year after he won to host an I’m A Celebrity spin-off show with his wife Emma Willis.

He then went on to continue his musical career with the supergroup McBusted in 2015.

Christopher was the nation’s favourite and won the show in 2007.

However, during his time on Big Brother the star stirred up quite a bit of controversy.

He was removed from the show after only nine days for making anti-semitic and homophobic comments.

He eventually returned back to his career in pantomimes and played the role of Widow Twankey in Aladdin.

After winning the show, Joe Swash decided to go back to the jungle to present the spin off Extra Camp.

Joe hosted the show for a good 10 years after his jungle victory until he stepped down in 2019.

Chef Gino D’Acampo carried on with his cooking career after leaving the jungle.

After presenting Let’s Do Lunch with Melanie Skyes, he became a panelist on Celebrity Juice and got a regular role on This Morning.

He now has his own travel show with his family, as well as one with pals Gordon Ramsay and Fred Sirieix.

Stacey’s career sky rocketed after being crowned Queen of the Jungle.

She went on to host a load of fun shows such as Sing If You Can and The Love Machine with Chris Moyles.

She also returned to the Australian outback in 2016 to host the spin-off Extra Camp – where she met her fiancé Joe Swash.

The pair now have two kids together and Stacey is a regular on Loose Women and she has her own house clearance show, too.

Dougie Poynter continued his musical career with his band McBusted after returning from the jungle.

He also joined forces with his bandmate Tom Fletcher to create a series of children’s books called The Dinosaur That Pooped.

Charlie Brooks continued to play the scary Janine Butcher on EastEnders after her appearance on I’m A Celebrity, eventually leaving the soap and returning earlier this year.

She also went on to narrate Channel 5’s documentary series Botched Up Bodies.

Following his jungle win, names as a mentor on The Voice of Ireland, which he starred in until 2016.

In 2019, he also reunited with the band Westlife to mark their 20-year anniversary.

World superbike champion Foggy went on to win I’m A Celeb in 2014.

After his victory, he made a few TV appearances and is now pretty quiet in the entertainment industry.

Winning I’m A Celebrity was a brilliant career move for Vicky Pattison.

After her success in the jungle, Vicky became a Loose Women panellist and hosted the spin-off show Extra Camp.

She even took part in the Australian version of I’m A Celeb, where she came fourth.

And formed a firm friendship with her jungle pal Ferne McCann, with the girls working together on This Morning travel segments.

After winning I’m A Celeb, Scarlett went from watching shows to presenting them.

The Googlebox star bagged roles such as hosting Ant and Dec’s Saturday Night Takeaway and being team captain on E4’s Virtually Famous.

She’s recently bought a new house with her hunky partner.

After winning the nation’s hearts on I’m A Celeb, Toff joined the presenting team on This Morning, appearing regularly as a talking head.

She has also gone back to her old job by making regular appearances on Made in Chelsea.

He also brought out his book The World According To Harry in 2019.

Since leaving the jungle, Jacqueline has moved on from her career in front of the camera and has started her own clothing collection for In The Style.

She has also been open about her confidence since leaving the jungle.

She commented: “I went in as one person, I feel like I have come out a different person. I’ve grown in confidence and found who I am as a person.”

I’m A Celebrity’s first Queen of the Castle

Giovanna Fletcher made history last year by being crowned the first Queen of the Castle.

Since her time in the I’m A Celeb castle, she has continued her career as an author and has recently released a new book called Walking on Sunshine.