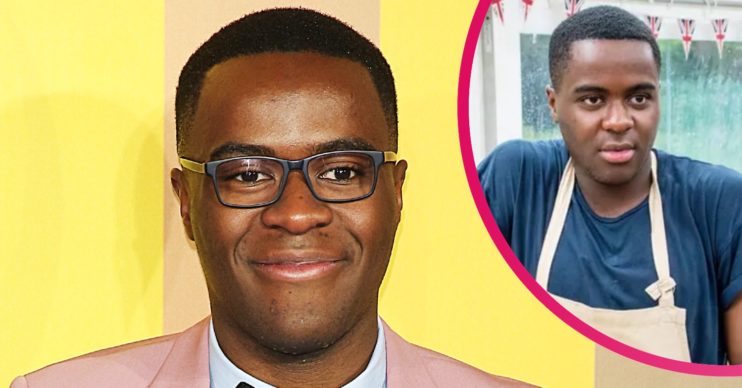 When was Liam Charles on Bake Off? How can I find his recipes? Is he single?

One of our GBBO faves!

Liam Charles is a former Bake Off contestant who now hosts Bake Off: The Professionals along with Tom Allen.

The series returns tonight for its fourth series.

So what has Liam Charles been up to since competing on GBBO? And is he married?

Read more: When was Melanie Sykes on Bake Off?

How old is Liam Charles from Bake Off?

When was Liam Charles on Bake Off?

Charles competed on Great British Bake Off back in 2017. He made it to week eight when he was finally eliminated. Overall he reached fifth in the baking competition show.

Although he didn’t win, he was definitely a break-out star from the series. Viewers loved his unique creations and charismatic personality.

What happened to Liam from Bake Off?

Since exiting the show his career has gone from strength to strength.

Not only is he a host for Bake Off: The Professionals but since 2019 he’s served as a judge on Junior Bake Off.

He also had his own cooking mini-series, Liam Bakes, in 2018.

What has Liam said about Prue Leith?

Liam said it is a bit weird working on Junior Bake Off along with Prue Leith.

Especially as she’d savaged some of his recipes when he competed on the show.

While speaking to Delicious Magazine, he explained: “In 2017 she was telling me how rubbish my stuff was – sorry, giving me critique – on Bake Off.

“Then, suddenly, there I was next to her, critiquing someone else’s work. I feel very lucky as the Bake Off team obviously have massive faith in me and I’m always trying to improve.”

However, while chatting to Channel 4, he said ultimately it was fantastic to work alongside her.

Liam said: “Working with Prue and Harry [Hill] was great and just seeing how the junior bakers came up with ideas. They were inspiring me! And I learned from Harry and Prue and the Bakers themselves.”

Where can I find Liam Charles recipes?

Liam’s recipes are available within his two published cookbooks.

Indeed, Cheeky Treats: 70 Brilliant Bakes and Cakes came out in 2018 and Second Helpings was published the year after.

Some of his recipes are also available online and he regularly posts cooking videos on his official Instagram account.

Liam is extremely private about his personal life. However, last year he confirmed that he was in a relationship with a lady called Alexis. Other than that – your guess is as best as ours!

What is his net worth?

When is Bake Off: The Professionals on?

Bake Off: The Professionals returns to Channel 4 on Tuesday May 25 at 8pm.

It will be available to stream on All4 shortly after each episode airs.