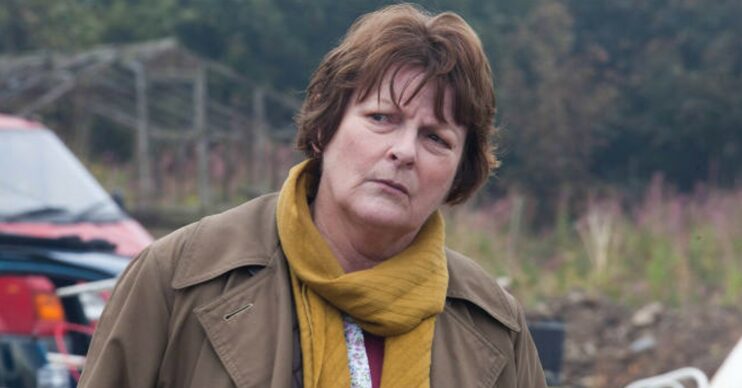 When is Vera back on ITV? Fans fuming after the end of last week’s episode

Vera viewers have been thrilled to have their favourite detective back on ITV, so are fuming to know it’s disappearing again.

Fans of the Brenda Blethyn character are unhappy they got just two episodes before the show was replaced this weekend.

Instead of Vera, ITV viewers tonight are getting a new series of The Good Karma Hospital and brand new crime drama Trigger Point.

Series 11 of smash-hit series Vera had been hit by numerous delays after it had to hold back filming for six months due to Covid-19.

The show then returned in August, before being taken off the air again after just two episodes. This was due to production on the remaining four episodes not being completed at the time.

There have been a further two episodes of Vera recently – January 9 and January 16.

This weekend, The Good Karma Hospital airs at 8pm after Dancing on Ice, with Trigger Point following at 9pm.

ED! has contacted ITV for comment – there has been no confirmation as to when episodes 5 and 6 will hit screens.

Fans raced to social media to complain, with some confusion as to whether the series is over or not.

“Gutted to realise #Vera is over again when is it coming back @ITV?” said one viewer.

A second tweeted: “ITV better brace themselves for some strongly worded emails!”

Read more: Vera season 11: Who are the guest stars in episode 4? There are some very well known faces

Dare I ask is that the last night of the series? @VeraSeries #hopenot #Vera

“Hi @itv – why do you keep just giving us two episodes of #Vera then making us wait for the last two?!?” ranted a third viewer. “This is one of your crowning glories. Stop f-ing it up with the scheduling!!!!”

“As much as I’m looking forward to #TriggerPoint I would rather more #Vera actually @ITV,” insisted a fourth disappointed fan.

A fifth added: “This is a bigger mystery than an episode of Vera!”

Are you annoyed we only got two episode of Vera on ITV this time around? Leave us a comment on our Facebook page @EntertainmentDailyFix and let us know what you think.