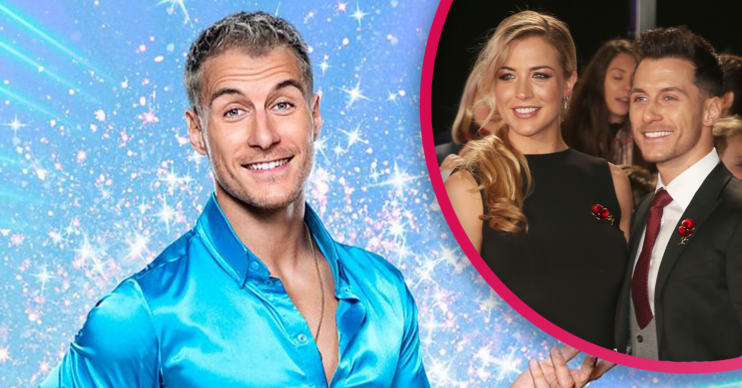 When is Strictly Come Dancing pro Gorka Marquez due to marry Gemma Atkinson?

Gorka Marquez returns to the Strictly Come Dancing ballroom this autumn as part of the professional dancers line up.

The Spanish dancer joined the show in 2016 and made the final last year with EastEnders star Maisie Smith.

However, his time on Strictly Come Dancing hasn’t been without its controversies.

Gorka was once forced to speak out after one of his celebrity partners admitted to having therapy after the show and he was sensationally demoted back in 2019.

So how much do you know about “Gorka the Corker”? We’ve got all his essentials here.

When did Strictly Come Dancing pro Gorka join the show?

Gorka started dancing at the age of 12 and represented his country at the World Latin Championships in 2010.

In his first year he was partnered with Tameka Empson and the couple were eliminated in week three.

In 2017 he was paired with Alexandra Burke, and the pair still hold the record for achieving the most 10s in a single series with 32.

However, their time wasn’t without its controversy (but more on that later).

The following year, 2018, saw Gorka paired with Katie Piper, before he was demoted to group dances for the 2019 series.

In 2020, he was paired with a celebrity once more, with Gorka and Maisie Smith setting the dance floor alight with their moves.

What happened with Gorka and Alexandra Burke?

At the time, reports were rife that Gorka and Alexandra weren’t getting on behind the scenes.

She was labelled a “diva”, but in fact Alexandra was dealing with the fact that her beloved mother was dying.

She issued a statement admitting it was “very hard to read all of the lies” that had been published about her.

She said: “I’ve tried my best to just be strong and brush it all off but mentally it’s taking its toll.

“It hurts so much to read yet another fake story when all I want to do is enjoy this journey on Strictly.”

Just recently, Alexandra revealed that she’d had therapy after Strictly to put the experience behind her.

She explained: “I loved my time on the Strictly dance floor but I’ve had to put the rest of that period behind me and I’ve had to have therapy to do that.”

What did Strictly Come Dancing star Gorka say about it?

At the time, he said: “It’s been incredible to work with her. I have been loving every day in rehearsals with her.

“Last year was my first year [on Strictly] and I was out very soon. This year, the whole experience has been incredible for me and it’s all thanks to her.”

When are Gorka and Gemma Atkinson getting married?

Gorka met Gemma on the same series of Strictly, with his future fiancée being partnered with Aljz Skorjanec while he danced with Alexandra.

Gemma and Gorka got engaged on Valentine’s Day this year, and they’re parents to two-year-old daughter Mia.

So when is their big day?

“We’re obviously not going to do it this year given everything that is going on, the only thing we have agreed on so far is that we are going to do it abroad,” Gemma admitted.

“That’s all we’ve agreed on. Not this year, but the year after – if I can tolerate him for that long obviously!” she quipped.

Head to our Facebook page @EntertainmentDailyFix and tell us who’d you like Gorka partnered with this year.