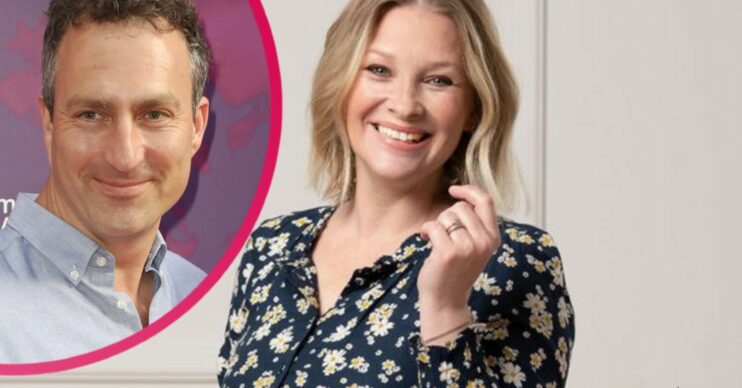 When is pregnant Joanna Page due? How old is she – and who is her actor husband?

The Gavin & Stacey star is back on the box

Pregnant Joanna Page may be due to pop soon, but that hasn’t stopped her from becoming one of the presenters on the BBC series Shop Well For Less.

The Gavin & Stacey actress recently revealed that she is expecting baby number four.

But what else is there to know about the beloved star?

How old is pregnant Joanna Page and who is her husband?

She took to Instagram earlier this month (August) to announce that she is expecting her fourth child.

The actress called the news a “surprise,” and revealed that her little bundle will be an Xmas baby.

“Well, this is a surprise! Baby number 4 is on the way! It’s going to be a busy Christmas!”

Joanna has three other children with her husband, English actor James Thornton, 45.

They met when Joanna starred alongside James in the 1999 series David Copperfield, and then went on to tie the knot in 2003.

Lockdown was hard for the pair, and Joanna confessed that they almost decided to split.

She told The Sun: “We spent the whole of the first lockdown arguing and threatening to divorce each other. Then we went through a month of literally not saying a single word to each other.”

James is best known for playing John Barton on Emmerdale for three years between 2009 and 2012.

He’s also featured in the likes of Holby City and Stella.

What is her net worth and is she vegan?

The TV star earns most of her money from being a successful actress. She is believed to be worth around $4 million (£2.92 million).

The Welsh actress and comedian is best known for the hit sitcom Gavin & Stacey.

Before making it big, Joanna was warned her background might be a problem in her career.

“When I was at Rada, people said I was too small, too sweet and too Welsh. Thankfully, nobody says that anymore!”

Read more: Joanna Page from Gavin and Stacey divides viewers with her appearance on Sunday Brunch

She played Elizabeth I in the Doctor Who 50th anniversary special, The Day of the Doctor.

Joanna Page became one of the presenters on Shop Well For Less alongside Melanie Sykes in 2021.

Meanwhile, the Welsh star previously opened up about her dietary habits.

“I don’t diet,” she told iNews. “I’ve got low blood sugar and so, if I starve myself, I end up fainting. I eat lots of fruit and veg, and I have toyed with being vegetarian many times, but I like meat and I think I need the iron.”