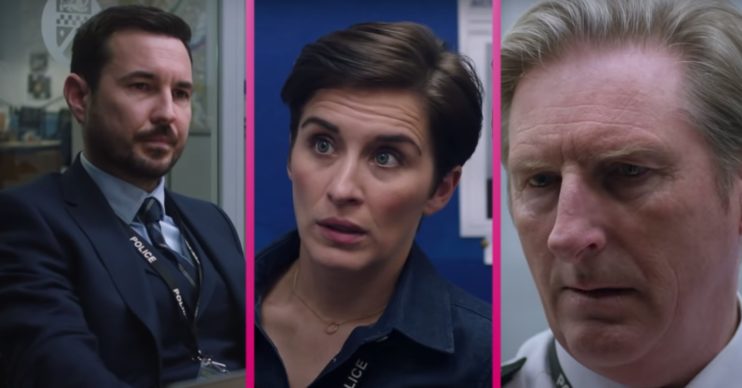 When is Line of Duty on? Steve Arnott, Kate Fleming and Ted Hastings return for series 6

Mother of God, it is nearly time

AC-12 will face many more questions throughout series six of Line of Duty – but perhaps the most important one that needs answering first is: when is Line of Duty on?

Line of Duty series six makes it long-awaited debut on BBC One this evening – Sunday March 21.

It begins at 9pm… and you won’t want to be late or miss a minute!

How many episodes are in this series?

Seven episodes of series 6 are scheduled for broadcast.

They are currently scheduled to air every Sunday evening until May 2 2021.

Read more: Line of Duty care package: what’s in it and how to get one!

Where can you watch series 1 to 5 of Line of Duty?

Previous episodes of Line of Duty are available to watch on BBC iPlayer.

However, you’re cutting it a bit fine to binge them all ahead of tonight’s series opener.

So for a quick recap on what’s happened before, check out the video towards the bottom of this page.

What do we know about episode one?

Security around episode one is locked down tighter than an interrogation in a glass office with armed officers.

Read more: Line of Duty: Hastings bingo – get set for all the Tedisms

DigitalSpy also reports H is not mentioned as the action picks up two years after we last saw the characters.

This plot detail about a revisited location where drama will unfold will also catch the attention of fans.

Finally, we can’t wait to play Hastings bingo. Will you be playing along?

What else do we need to know about series 6?

Could we see Judi Dench turning up?

Kelly Macdonald is already confirmed to be joining the cast as DCI Joanne Davidson. Shalom Brune-Franklin is also on board as DC Chloe Bishop.

Adrian has also warned that no character is safe, so we’ll all be on even more tenterhooks than usual!

Steve Arnott actor Martin Compston has claimed that big questions will be answered.

He told Lorraine: “One thing I will say is, there are a lot of big questions that get answered this year. I think personally… series three was a lot of our favourites. It was sort of the culmination of series one, two and three coming together.

There are a lot of big questions that get answered this year.

Martin has also teased that Steve could be looking to quit AC-12 altogether!

Could that fit in with creator Jed Mercurio’s ominous hint that one of the top characters could be killed off?

So when is Line of Duty on?