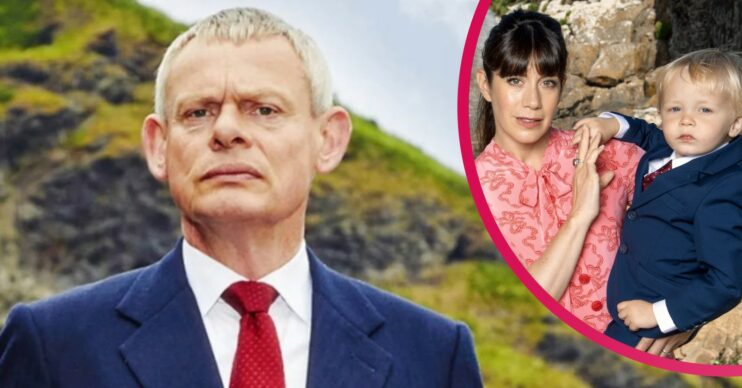 When is Doc Martin season 10 release date? Can fans expect a new series in 2022?

The 10th and final series will be bittersweet...

Doc Martin fans have been chomping at the bit for the next series of the popular comedy drama – so will it return in 2022?

Series 9 of the Martin Clunes show came to an end in November 2019.

So it’s been nearly two years since viewers last saw the grumpy doctor on their screens.

Some fans even feared the show might never return after the final episode’s cliffhanger ending.

But rest assured Doc Martin IS coming back – but when?

We can confirm that there WILL be a series of Doc Martin in 2022.

It will sadly be the 10th and final season of the family comedy drama.

ITV confirmed it had started filming this February.

They told us that filming had begin in Cornwall, with Martin Clunes reprising his role as grumpy Dr. Martin Ellingham.

Picturesque Port Isaac provides the beautiful backdrop for the series, with all the regular members of the cast reprising their roles.

When is the season date release date of Doc Martin?

The upcoming season 10 of Doc Martin is expected to air this autumn.

Previous series have generally started in September, so this is a good bet for the 2022 series.

A spokesperson told us we can expect the series in “early autumn”.

We’re expecting the series to end in November as usual, with a short wait for the final ever episode at Christmas.

How many episodes will Doc Martin series 10 be?

The upcoming season 10 of Doc Martin will be eight episodes long.

This is in keeping with the previous series of the comedy drama.

Will there be a Doc Martin Christmas Special?

Buffalo Pictures also announced that they’ll be making a Christmas special to bid a final farewell to Doc Martin.

ITV’s Head of Drama Polly Hill told us: “If this really has to be the final series of Doc Martin, we thought we’d also commission a Christmas special!

“It’ll be sad to see the series come to an end after entertaining audiences on ITV for the last 18 years, but we’ll make sure the finale is memorable and befitting such a success story.

“Our thanks to Martin Clunes, Philippa Braithwaite and the amazing cast and crew for creating such a special series.”

We’re fully expecting the Christmas special to air on Christmas Day in a primetime slot on ITV1.

How can I watch the Doc Martin documentary?

The company is also producing a documentary for ITV, provisionally titled Doc Martin: A Celebration.

The documentary will highlight the “amazing longevity and impact both locally and around the world of Doc Martin over the years”.

It will also give the audience a glimpse behind the scenes of the final series with the cast and crew.

The documentary is set to air after season 10 of Doc Martin has aired in 2022.

Who’s in the cast of Doc Martin series 10?

And all the regular members of the cast also reprise their roles.

Ian McNeice is back to play Bert Large, with Joe Absolom as his son Al.

What happened at the end of series 9 of Doc Martin?

At the end of the last series, the Doc had decided he would resign from being Portwenn’s GP.

This came after he had his medical career scrutinised by the General Medical Council because of his blood phobia.

For a full run down of what happened at the end of series nine, click here.

What happens in the final series of Doc Martin?

This final series sees the Doc making efforts to overcome his phobia.

He begins to question whether he made the right decision about resigning.

He and Louisa have also welcomed a baby daughter, Mary Elizabeth, a sister for four-year-old James Henry.

With Louisa pursuing her new career as a child counsellor in his old surgery, the Doc is left literally holding the baby.

He’s also indulging his hobby of repairing clocks on the kitchen table.

But does he really want his old job back?

Martin Clunes says: “We have some great story lines for the new series, and for the Christmas special, which I hope Doc Martin fans will love.

“I shall miss Cornwall, and all the lovely people we have worked with.

“But it is the right time to say farewell to the Doc, and Portwenn.”

Are you looking forward to the release date of Doc Martin series 10? Leave us a comment on our Facebook page @EntertainmentDailyFix and let us know what you think.