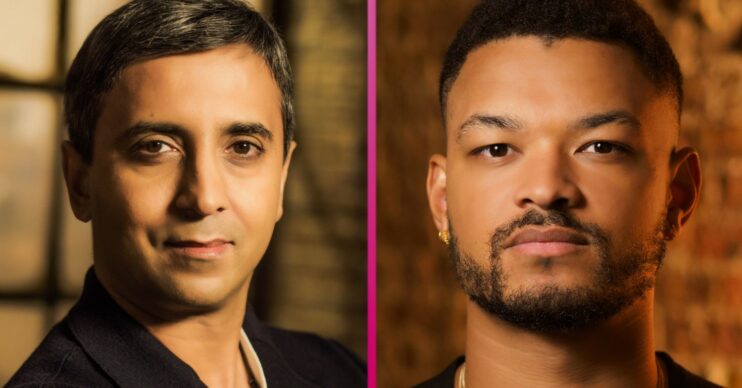 When does the new series of Dragons’ Den start? How can I apply?

Dragons’ Den series 18 concluded tonight (July 8) and what a series it’s been – so when will it return with a new season?

Here’s everything you need to know about the upcoming 19th series of Dragons’ Den.

When does the new series of Dragons’ Den start?

Dragons’ Den WILL return, fans will be delighted to know.

BBC One has confirmed a 19th series of the popular pitching show.

Read more: Dragons’ Den: Why is blue light harmful and where can I buy Ocushield blue light blockers?

At the end of this series, presenter Evan Davis told viewers: “We’ll be back later in the year.”

A BBC spokesperson told ED! that there’s no confirmed return date as yet.

However, filming for the new series will begin this summer.

A NEW FIRE, A NEW DRAGON.

In May 2021, it was announced that Tej Lalvani would be stepping down from the cast of Dragons.

From series 19, Tej will be replaced by entrepreneur Steven Bartlett.

He’ll be the youngest Dragon in the Den’s 16-year history.

The BBC said Steven is founder and former CEO of social media marketing agency The Social Chain, which he set up from a bedroom in Manchester.

Born in Botswana, he dropped out of university and built the group’s two flagship companies, Social Chain and Media Chain, when he was just 22 years old before taking his company public at 27.

Furthermore, Steven was named in Forbes’ 30 Under 30, has written a best-selling book and is a podcast host.

How can I apply to be on Dragons’ Den?

If you’ve got a great business idea to put to the DD venture capitalists, you can apply to take your place in the Den here.

As part of normal selection process, producers may approach entrepreneurs, or they may apply direct.

To be considered, all candidates need to submit an application form and these are then subject to the same casting criteria.

Unfortunately, due to the high number of applicants, only those people who are shortlisted will be contacted.

Once shortlisted for consideration, applicants will enter due diligence, but ultimately the final selection for participation will be decided on a number of factors and the producers’ decision is final.

The mum-of-three is a Royal College of Midwives accredited hypno-birthing teacher.

She founded the Positive Birth Company in 2016 based upon her years of experience helping women and birthing people prepare for birth.

A dynamic pair of jewellers charmed the investors with their bespoke ring-making kits – DIY boxes offering a range of styles.

Also, a brightly-dressed lady called Delight tempted the Dragons with her “beautiful” South African sausages, and a man asked for investment in his plastic-free chewing gum Nuud.