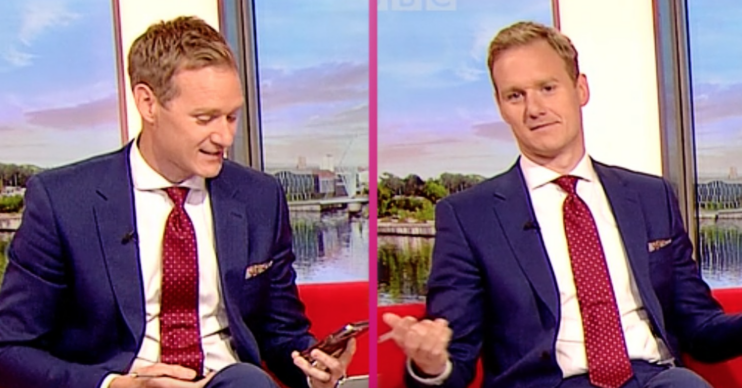 Mark your diaries for the 18th!

Strictly Come Dancing will be back on our screens this month, but when exactly does it start?

Dan Walker is a contestant on this year’s series and appeared to let slip the launch date on BBC Breakfast.

Dan, 44, confirmed his appearance on this year’s series last month and now he might have leaked some key information.

When does Strictly Come Dancing start?

And, while putting Louise’s exit date from the show in his phone, he seemed to let slip the Strictly launch date.

Fiddling with his phone, he told Louise: “I was just going to put your date in the diary.”

Reading out other entries in his diary, that’s when he revealed all.

He told viewers: “I meet and greet the partner in a couple of days time, and actually the first show is on the 18th and then the live shows start on the 25th.”

So not only did Dan reveal the start date of the series and when the live shows begin, he also revealed that he’s due to meet his partner in a couple of days time.

Strictly has yet to announce the official start date of the 2021 series.

So much for secrecy!

When do series of Strictly normally begin?

Usually, new series of Strictly start in September and run all the way until mid-December.

However, because of the pandemic, things were a bit different.

Thanks to fewer contestants, there was a later start date in 2020.

But now, with a full complement of contestants things will be back to relative normality.

And one of those contestants is Dan, who joins the likes of Tilly Ramsay, Robert Webb, Sarah Davies and Katie McGlynn on the dance floor.