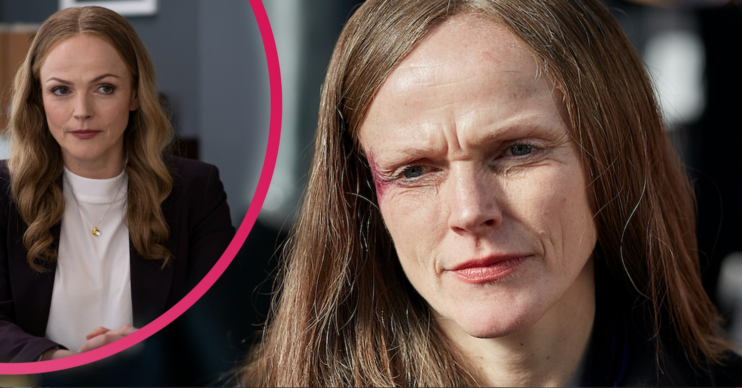 What’s next for Maxine Peake after Anne? Actress stars in BBC drama Rules of the Game next week

And it's equally as gripping

Anne actress Maxine Peake has once again been attracting rave reviews for her performance as Hillsborough campaigner Anne Williams in the ITV drama series.

And there’s further good news for fans of Maxine – it’s not long until she’s on our screens again.

But what is she in and what’s it about?

What is Anne star Maxine Peake in next?

Maxine’s next project is BBC drama series Rules Of The Game, and it’s on next week.

In it, Maxine plays Sam – a ruthless COO of sportswear company, Fly.

She instantly clashes with new HR director Maya (Rakhee Thakrar), and soon all kinds of company secrets start to emerge.

Rocked by a sudden terrible death on company premises, Sam faces questions from the police.

She finds herself pulled in all directions: by her loyalty to the company, by her own family, by Maya, and by new revelations about the death of Amy, 10 years ago.

Look out for Alison Steadman, too, who also makes an appearance.

When is Rules Of The Game on?

On playing Same, Maxine said: “I’m a big fan of character-based drama, you will engage with these people, there’s a lot of toing and froing about who’s side you’re on.

“It’s very clever in that it’s got such a strong theme and it’s very relevant, but it’s also a whodunnit story.

“I think it’s got so many elements to it, not just ‘let’s guess who the killer is’.

Rules Of The Game starts on BBC One on Tuesday January 11.

All six episodes will then be available to watch on iPlayer as a boxset at the same time.

What has Anne star Maxine Peake appeared in before?

Maxine, 47, became a talent to watch when she first appeared in Channel 4 series, Shameless, in 2004.

But it was 2006’s See No Evil: The Moors Murderers that really catapulted her to fame.