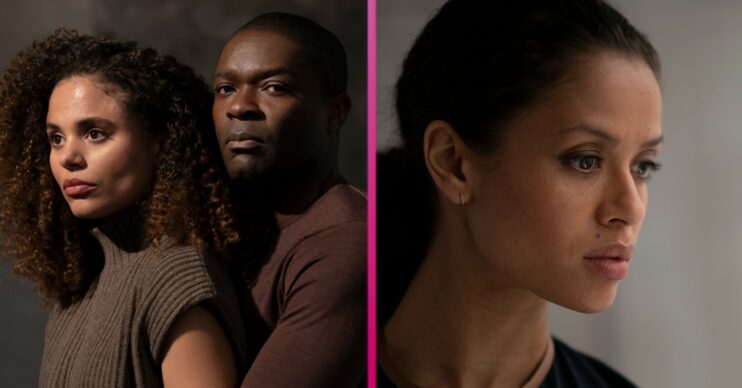 What is the next big crime drama on BBC One? The Girl Before stars two former EastEnders actors!

Jessica Plummer and Ben Hardy have been cast in thriller

If you enjoy having your heart in your mouth – think Line of Duty and Vigil-style twists – then you’ll love BBC One’s upcoming thriller The Girl Before.

BBC One have just released a sneak peek at the impressive cast in brand new pictures.

But who is in the cast? When does it start and is it based on a book?

The Girl Before on BBC One – what’s it about?

Viewers meet Jane, who stumbles on the rental opportunity of a lifetime – the chance to live in a beautiful ultra-minimalist house designed by an enigmatic architect.

The condition? That she abides by a long list of exacting rules.

After moving in, she discovers that a previous tenant, Emma, met a mysterious death there – and starts to wonder if her own story will be a re-run of the girl before.

Is life in One Folgate Street everything it seems?

That’ll be a big fat NO!

The Girl Before is adapted from Anthony Capella’s fictional book of the same name.

The crime fiction novel came out in 2016 and has sold over one million copies.

The Daily Mail said: “The tension is built up subtly, leading to a devastating climax. A really clever thriller [the film] will no doubt become the third big ‘Girl’ film.”

The Girl Before cast on BBC One

The BBC has revealed that there’s two former EastEnders cast members on board.

Ben Hardy and Jessica Plummer will both star in the thriller The Girl Before on BBC One.

Belle star Gugu Mbatha-Raw plays Jane, who gets the chance of a lifetime when she moves into the beautiful One Folgate Street.

However, Jane starts to feel the house changing her in unexpected ways…

Gugu is famous for her role as Hannah Shoenfeld in The Morning Show, Ravonna Renslayer in Loki and Samantha Bloom in Undercovers.

Meanwhile, Jessica Plummer portrays the house’s previous inhabitant – and, needless to say, her spell in the house didn’t end well.

Soap fans will recognise Jessica as Chantelle Atkins in EastEnders, as well as a contestant on I’m a Celebrity… Get Me Out of Here! in 2020.

He portrayed Peter Beale from 2013 to 2015, before appearing in X-Men: Apocalypse, Bohemian Rhapsody and The Voyeurs.

The Girl Before start date

BBC One has not yet confirmed the start date of The Girl Before.

However, we do know that it will be a four-part series.

Filming was shot in Bristol.

The Girl Before will air on BBC One later this year.