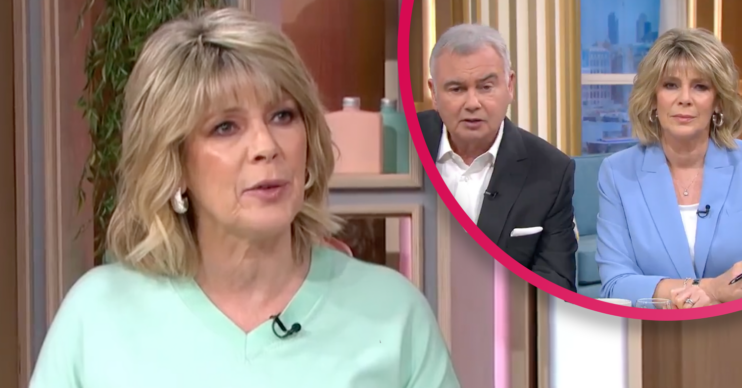 What is misophonia? This Morning host Ruth Langsford suffers from the disorder

She previously revealed how it affects her marriage

This Morning host Ruth Langsford spoke about her misophonia on the show today (July 30).

It isn’t the first time Ruth has mentioned the disorder – or how it affects her marriage.

But what is misophonia – and what has Ruth said about it?

What is misophonia? Ruth Langsford has the disorder

Misophonia is a disorder in which certain sounds trigger emotional or physiological responses that some might perceive as unreasonable given the circumstance.

People who have misophonia might describe it as when a sound drives you crazy.

Their reactions can range from anger and annoyance to panic and the need to flee.

On This Morning today (July 30), host Eamonn Holmes revealed that police had to get involved after a fight broke out over loud chewing.

And Ruth said she more than sympathised.

It’s not the first time Ruth has spoken about the disorder.

Earlier this year, she accused Eamonn of “making fun” of the condition as he sat back and slurped his tea on This Morning.

Opening up about her own experience, Ruth vented her frustration over her husband’s incessant slurping, crunching and tapping which leads her to snap at him.

“Even to the point of me breathing, you wouldn’t like,” Eamonn said.

“Well if you’re too close to me and you’re breathing… if you’re giving me a cuddle, with is lovely…,” she started.

“You mean when I’m just being affectionate,” Eamonn interrupted.

Even if it’s a stranger, sometimes I have to go: ‘Excuse me, can you stop that?!’ And then I blurt it out and I’m really embarrassed.

“I’m not making fun of it! I’m having to live with it!” he exclaimed.

Ruth continued: “But if someone’s breathing heavily near me – I think what happens is I tune in.

“Certain noises – if someone was clicking a pen over there, everything else around me becomes kind of dulled and all I can hear is that.

“Even if it’s a stranger, sometimes I have to go: ‘Excuse me, can you stop that?!’ And then I blurt it out and I’m really embarrassed,” she said.

So is there a cure?

While there isn’t a cure, there are some things to try that could help control it.

Tinnitus retraining therapy can help. During a session, sufferers are taught to better tolerate noises.

Cognitive behavioural therapy can also help, as can counselling.