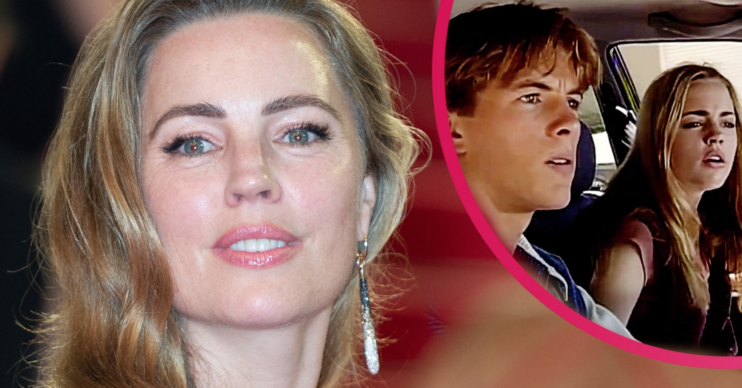 What happened to Melissa George, co-star of Dieter Brummer in Home and Away?

Melissa has gone on to be a Hollywood star

Home and Away star Dieter Brummer and co-star Melissa George were hits in the 1990s.

Dieter – who has tragically died aged 45 – played Shane Parrish in the Aussie soap.

What became of Melissa George, who played Angel?

What happened to Dieter Brummer and Melissa George in Home and Away?

Shane Parrish exploded onto the Home and Away scene in 1992, becoming the new bad boy of the soap.

The following year, Shane began dating Angel Brooks (Melissa) and the two set sail on a relationship with plenty of ups and downs.

After a break-up, they decided to get married but Angel was struck down by Alf Roberts’ car only weeks before they tied the knot. She miraculously recovered in time for the ceremony.

Read more: Home and Away star Dieter Brummer dies aged 45 – who did he play in the Australian soap?

Shane was then involved in rumours of an affair with Shannon Reid.

Believing the rumours, Angel left him but was soon involved in a plane crash in the bush. The two reconciled.

This rollercoaster ride between the two young lovebirds ended in tragedy in 1996, when Shane was injured in a hit-and-run accident.

He later died of septicemia.

How did Dieter Brummer’s co-star Melissa George break into Hollywood?

Shane and Angel – and their relationship – made stars of Dieter and Melissa, who were barely 20 years old.

While Dieter found further roles in Australian series, Melissa moved to the US in 1997, looking to crack America.

That was after she shocked fans by appearing on the cover of Australian Playboy magazine, and in a nude photoshoot inside.

It wasn’t long until she got work, first in films by celebrated directors Steven Soderbergh and David Lynch, and then in TV series, Alias.

What is Melissa starring in now?

Since her breakthrough in Alias, Melissa has landed jobs in critically-acclaimed series.

In Treatment – on Sky Atlantic in this country – was a hit, and she also joined Grey’s Anatomy in 2008 playing intern, Sadie.

Aussie series The Slap followed in 2011, British thriller Hunter in 2012 and then astronaut drama The First (with Sean Penn) in 2018.

Melissa is currently collecting plaudits for her leading role in Apple TV+ show The Mosquito Coast.

Is Melissa married and does she children?

Melissa then met French entrepreneur Jean David Blanc in 2011, and the couple had two sons together – Raphaël and Solal.

However in 2016, the two separated after Melissa accused Blanc of domestic abuse. She ended up in hospital with neck and shoulder injuries.

Both received domestic abuse charges and were ordered to pay each other damages.