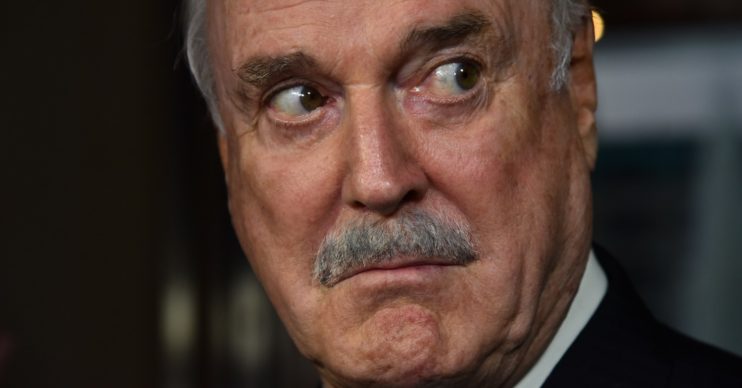 What are Fawlty Towers stars Prunella Scales and John Cleese doing now? How old are they?

It’s been 46 years since Fawlty Towers first aired on TV, making legends of the cast – but where are John Cleese and Prunella Scales now?

How old are they? And will they ever be seen onscreen together again?

Comedian and actor John is still very much actively involved in the entertainment business.

On March 20, fans can listen to John and US comic Rob Schneider on a live stream full of “silliness, sketches and lots of laughs”.

In September 2020, he published a new book called Creativity: A Short and Cheerful Guide, which followed his 2015 autobiography So, Anyway…

In 2015 and 2016, John joined fellow Monty Python star Eric Idle for a tour of North America, Canada and the ANZUS nations.

He’s still a prolific TV and film actor, too.

He’ll also appear as Dr. Auyeung in existential drama The Martini Shot, John Christmas in Father Christmas Is Back and Lionel in Wedding of the Year.

He is also filming One Night in Bath, and Let My Country Be!

On 2019, John joked he wasn’t planning to retire any time soon because “his former wives couldn’t afford it”.

How old is John Cleese now?

John Marwood Cleese was born on October 27 1939 in Weston-super-Mare, Somerset.

He is currently 81 years old.

Is John Cleese married? Does he have kids?

His first wife was Fawlty Towers co-star Connie Booth, to whom he was married between 1968 and 1978.

In 1971, Connie gave birth to their only child, Cynthia Cleese, who went on to appear with her father in his films A Fish Called Wanda and Fierce Creatures.

Connie and John were actually divorced before the second series of Fawlty Towers was finished and aired.

He married US actress Barbara Trentham in 1981, but they divorced in 1990.

John married his third wife Alyce Eichelberger in 1992, and it remains his longest marriage.

He and psychotherapist Alyce divorced in 2008.

John has two children, Cynthia with Connie Booth, and Camilla was born in 1984 during his marriage to Barbara.

He also has two grandchildren, Evan and Olivia, through his eldest daughter’s marriage to the writer and director Ed Solomon.

What does Prunella Scales do now? Does she have dementia?

In March 2014, Prunella’s husband Timothy West told The Guardian that she was living with Alzheimer’s disease.

The couple discussed practical measures in a radio programme about age and dementia on BBC Radio 4 in December 2014.

In June 2018, her husband characterised her short-term memory as “no good at all”.

He admitted her condition “slowed them down”, but “not so it closes up opportunities”.

The pair appeared in Great Canal Journeys for Channel 4 from 2014 to 2019, charting her life with dementia.

Prunella’s last acting role was as Madame in the 2014 short film Sub Rosa.

Her last significant role was as Great Aunt Greta in Horrid Henry: The Movie in 2011.

Who is Prunella Scales’ husband?

Prunella has been married to Last Tango in Halifax actor Timothy West since 1963.

Tim and Prunella met on the set of a TV costume drama.

He had been briefly married before and had a daughter, Juliet.

In 1987, the married couple appeared together in the BBC production of What the Butler Saw.

In 2003, Prunella appeared as Hilda, “she who must be obeyed”, the wife of Horace Rumpole in four BBC Radio 4 plays, with Timothy West playing her fictional husband.

In January 2020, the pair were forced to quit TV show Great Canal Journeys due to her ailing health.

Soap fans might recognise him best for playing Albert Square patriarch Stan Carter in EastEnders until 2015.

Prunella and Timothy have two sons together, including All Creatures Great and Small actor Samuel West.

She is currently 88 years old.

Why was Fawlty Towers axed?

Actors and co-writers John Cleese and Connie Booth both quit the show before the third season – possibly because of their failed marriage.

She was said to be unwilling to be involved and practically retreated from public life after the first series finished.

She was initially unwilling to collaborate on a second series, which explains the four-year gap between productions.

For 30 years, Connie Booth declined to talk about Fawlty Towers until she agreed to participate in a documentary about the series for the digital channel Gold in 2009.

Andrew Sachs, who played Manuel in the series, sadly died in November 2016.