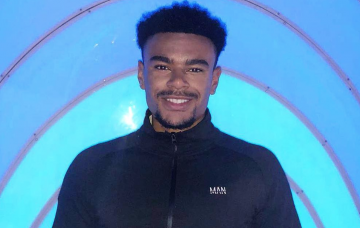 Love Island star Wes Nelson is reportedly ‘afraid’ of a showdown between his ex-girlfriend and his skating partner during tonight’s episode of Dancing On Ice.

The reality star split from his Love Island co-star Megan Barton Hanson earlier this week amid rumours she was jealous of his skating partner, Vanessa Bauer.

The pair had been seen together earlier in the week, as they appeared at the National Television Awards.

Megan announced the break up in an Instagram post yesterday, expressing her support for Wes and Vanessa and confirming that she would still attend Sunday’s instalment of the skating competition.

But sources close to Wes have reportedly claimed he’s concerned Meg may take the opportunity to confront Vanessa instead.

The Sun reports that the reality star is not exactly welcoming his ex to the show and is worried about a clash.

“Megan’s jealousy spiralled out of control and she became fairly obsessive about Vanessa,” an unnamed source is said to have told the newspaper.

“The split isn’t particularly friendly and he doesn’t understand why she would come down to the show tonight.”

They went on to say that he’s afraid Megan could head backstage to have it out with his skating partner.

“He is really worried Megan will confront Vanessa backstage, and really have it out with her. He is dreading a scene.”

Wes made mention of the difficult week he’s been having as he took to Instagram Stories to ask his fans to vote for him tonight.

Sporting a ruffled shirt, the star skated around the rink as he asked his fans to tune in.

“I’ve worked so hard this week,” he said.

“It’s been a tough week, but please, please vote, show your love.”

Do you think Megan will cause a scene? Leave us a comment on our Facebook page @EntertainmentDailyFix and let us know what you think of this story.