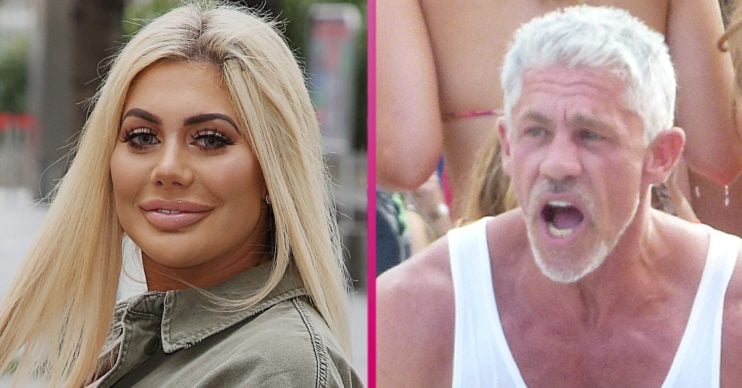 Wayne Lineker and Chloe Ferry are said to have become good friends while filming the new series of Celebs Go Dating.

The nightclub owner, 58, and former Geordie Shore star, 25, have shared images of each other across social media.

Holed up in a rented house with their fellow Celebs Go Dating cast mates, they appear to be getting on quite well.

Chloe and Wayne are starring in Celebs Go Dating

Sharing in view of her some 3.5 million Instagram followers, she captioned the pic with: “Five weeks I’ve spent with this man and I can honestly say you’re one of my best friends now. It’s been quite the journey but looking forward to the future thanks so much to @celebsgodating for the amazing experience.”

While Wayne replied: “Awww my Geordie queen. I Love you so much. Best memories made xx.”

Over on Wayne’s account, he shared in view of his own some 543,000 followers that it was ‘a shame’ he couldn’t date the reality star.

But some fans find their friendship ‘cringe’

He captioned a photo of himself cosying up to Chloe with: “Shame I’m not allowed to date the celebs.”

But their blossoming friendship has left many fans ‘cringing’ and even ‘disturbed’.

But over on Instagram, one user replied to the snap on Chloe’s account with: “Literally thought this was her and a grandad before reading the caption.”

Yet another user teased: “Very cute, you’re so close to your grandad xx.”

Chloe and Wayne are joining the likes of Joey Essex, Curtis Pritchard, Sophie Hermann and DJ Tom Zanetti for the upcoming series.

The exact air date has yet to be confirmed. However, it is expected to begin at some point in January 2021.