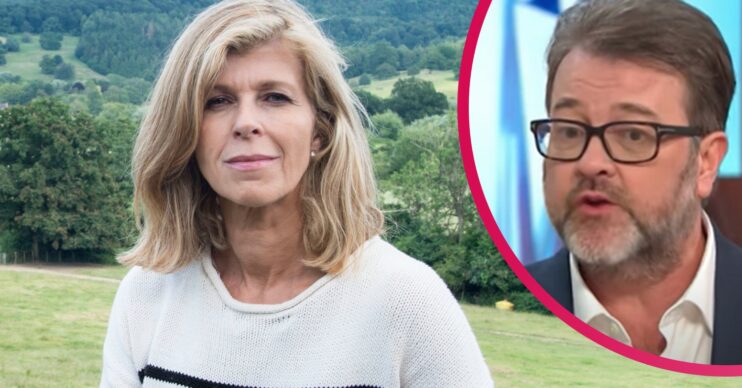 Walking with Kate Garraway on BBC Two: How is her husband Derek Draper now? Will he recover?

The broadcaster walks through the Cotswolds

Kate Garraway’s happy family life changed forever in March 2020 when her husband contracted Covid – so how is Derek Draper now?

Will he ever recover? And is Kate his sole carer?

In BBC Two’s documentary Walking with Kate Garraway, the broadcaster takes a six-mile ramble through the Cotswolds.

And she tells viewers it’s the “first time since Derek contracted Covid that I’ve had a whole day to myself with no other purpose than taking in the sights and sounds of the countryside”.

Here’s everything you need to know about Kate’s new doc, along with an update on Derek Draper’s condition.

How is Derek Draper now?

He remained in hospital for over a year as he battled the after-effects of the disease.

He suffered from rare brain inflammation and the virus attacked his lungs, heart, kidneys, liver and pancreas.

Derek was finally allowed home in April 2021, but his life is far from normal.

Sadly, he is still seriously ill, suffering with damage to his lungs, kidneys, heart and liver.

He is able to communicate, but not to the same degree as before he caught the virus.

It is unknown whether Derek will ever return to normal.

Kate recently opened up about how their daughter Darcey, 15, and son Billy, 12, have been affected by their father’s devastating illness.

Kate and Derek’s journey will be documented in an upcoming ITV1 film which will be a sequel to the NTA-winning Finding Derek.

How is Derek Draper now? What’s his future?

Kate has indicated that there is no one route back to health for her husband, who she married in 2005.

She admits that being close to nature during the filming of the show gave her a renewed hope for Derek’s future.

She concludes: “It’s much easier to do when you’re somewhere like this.

“It is much easier to hang on to the hope of a miracle.

“A great sense that anything can happen.”

Kate has vowed to keep fighting for husband Derek.

Broadcaster Kate Garraway walks through the Cotswolds in Gloucestershire and describes the joy and solace that nature brings.

From the panoramic viewpoint of Painswick Beacon, Kate descends through beech woods to the village of Upton St Leonards, soaking up the sounds of nature as she goes.

She tells the viewers: “This is the first time since Derek contracted Covid [in March 2020] that I’ve had a whole day to myself with no other purpose than taking in the sights and sounds of the countryside.”

For that reason, Kate’s solitary six-mile ramble through the Cotswolds is especially poignant.

In touching scenes, Kate reveals her feelings of loneliness and fear in recent months.

Walking with Kate Garraway airs on Wednesday November 10 2021 at 7pm on BBC Two.