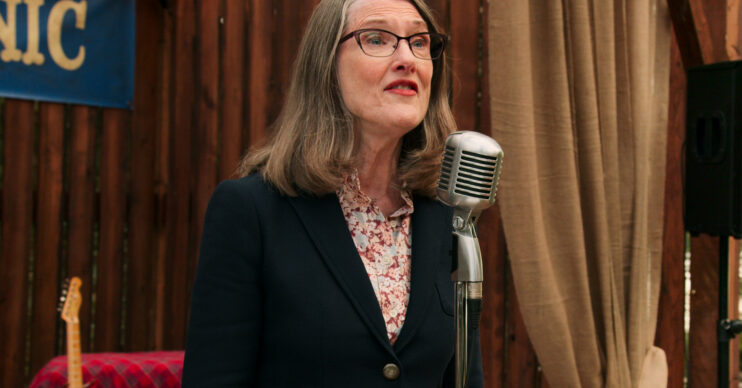 Virgin River season 3: Why is Hope missing and will she be back?

The fan favourite had some drama going on - but was rarely seen.

Virgin River season 3 has soared back to the number one spot on Netflix after its release this week.

But viewers will notice one key character missing from the small town’s drama.

Hope, played by Annette O’Toole, is a central role in the goings-on of the rural country town, but is missing throughout the new episodes.

Here’s what happened to her and whether she’ll be back anytime soon.

“We’ve worked very hard to make sure she was still very much in the show.”

To counterbalance her absence, actress O’Toole appears via videolink and FaceTime chats instead.

Hope heads out to look after her sick aunt, only to be caught in a hurricane so devastating that, for a while, even her phone doesn’t work.

Doc Mullins (Tim Matheson) is seen struggling to cope without her, worried sick that she might be in danger.

Unfortunately, he’s also unable to get to her as he doesn’t exactly know where she is.

Thankfully, she does finally reconnect with them, but is only ever popping up in Zoom calls or on Facetime.

Will Hope return for season 4?

As a result, the team is hopeful for the star’s return in season four – which has reportedly already been given the go-ahead, but not been officially confirmed.

“If we have a fourth season, everyone is now vaccinated and the pandemic is not what it was,” Tenney added.

“So, I would hope that we would have Annette back.”