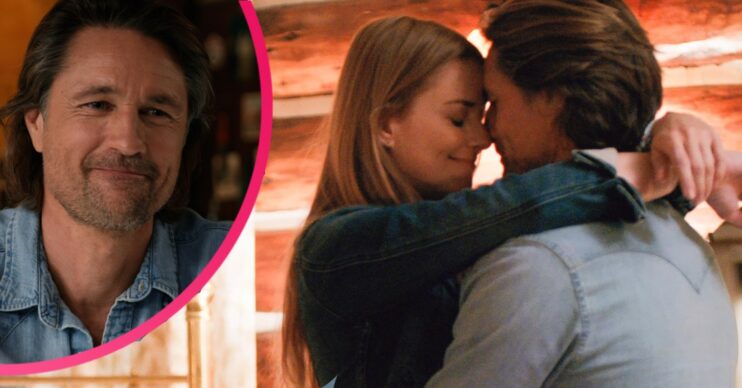 Virgin River on Netflix: What is it about? Why you need to watch it

The romantic drama is back for series 3

Virgin River season 3 appeared to crop up out of nowhere and land in the Netflix Top 10 Most Watched.

The series has become a huge hit with viewers, even though many had never even heard of it.

It’s based on the long-running series of novels by Robyn Carr, a New York Times bestseller with around 50 books to her name.

So the question remains, what exactly is the show about and why is it so popular?

What is Virgin River?

The basic premise of the show isn’t exactly new either. Mel Monroe turns up in town after being invited to come and work as a midwife. The town’s mayor asked her to come and offered her a fancy cabin to start her new life in.

However, when she turns up things are very different. No one wants her there, and the cabin is basically a hole.

But with her own demons to escape, Mel decides to stick it out and soon catches the attention of a chiselled man.

Why should you watch Virgin River and where is it filmed?

The Netflix series harks back to the mid-2000s when shows like Gilmore Girls, Everwood, Dawson’s Creek and One Tree Hill were all the rage.

They’ve since fallen somewhat out of vogue, but Virgin River has turned that around and we couldn’t be happier.

A cosy vibe with relatively low-stakes and alarmingly attractive leads. Seriously, how does a small town in the middle of nowhere have so many good-looking people?

Love triangle? Check! An easily solvable problem that’s made to seem much more serious than it is? Check! Tortured but attractive leads? Check!

You’ve got Martin Henderson, an actor who was considered so hot in his heyday that he was straddled by Britney Spears in her Toxic music video.

And then you’ve got, Alexandra Breckenridge, who looks like she stepped straight off of a Vogue shoot.

Normally at the point to persuade you to tune in we’d be telling you about the plot. But let’s be real, the plot doesn’t matter.

Mid-2000s shows worked because you were watching attractive people endure minor problems week in week out.

How can you recreate your very own All-American fantasy?  All the exterior shots used in Virgin River were filmed in Snug Cove on Bowen Island.

Anyway, what we’re saying is Virgin River harks back to a simpler time. A time when oversized statement belts were all the rage and Chad Michael Murray was the hottest man in the world.

If that doesn’t persuade you to tune in to this mammoth word-of-mouth Netflix hit, then we’re afraid nothing will.

Virgin River seasons 1, 2 and 3 are available now on Netflix.