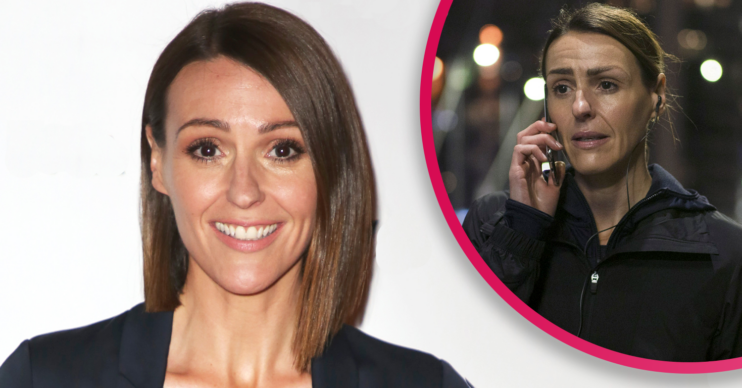 Suranne is starring alongside Line of Duty star Martin Compston in the new BBC drama, which continues tonight (August 30).

And, while she’s lighting up the screens in the new show, Suranne did so in an altogether different way thanks to a bunch of internet scammers.

The incident is said to have taken place back in the autumn of 2017.

It came in the same week that Suranne played out a sex scene as her character Dr Gemma Foster in another BBC drama, Doctor Foster.

Suranne’s image was said to have been used to lure fans to sites advertising webcam strippers, escorts and “sexy local girls”.

A source told the paper: “Suranne would be horrified at the stuff that is linked to her name.”

They added: “Sadly, that’s the nature of the internet these days.”

So what’s the new drama all about?

Six-part series Vigil is set to be the only thing anyone talks about for the next month and a half.

When a crew member is found dead onboard the Trident nuclear submarine HMS Vigil, police in Scotland are called in to investigate.

There’s only one catch.

The UK’s nuclear deterrent must remain unbroken, so the submarine stays on patrol and Detective Chief Inspector Amy Silva (Jones) must go aboard to begin an investigation.

Although the death was written off as an accidental overdose, Amy suspects foul play.

But when the crew close ranks in the face of Amy’s questioning, a new threat overshadows her inquiry.