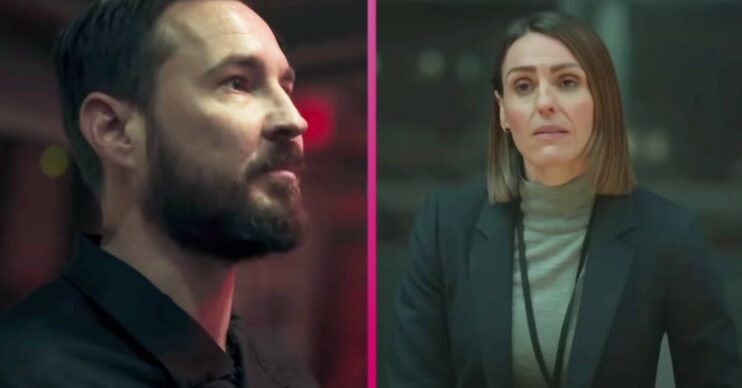 New thriller from makers of Line of Duty and Bodyguard

A new trailer for upcoming BBC drama Vigil has dropped – and fans can’t wait to watch it.

The six-part series, starring Suranne Jones and Martin Compston, is made by the same people behind Line of Duty.

And this latest look at the much-anticipated thriller suggests viewers are in for plenty of chills as a murder aboard a nuclear submarine is investigated.

What is Vigil on the BBC all about?

Elsewhere, Silva is on the case as a Scottish fishing trawler goes missing.

But the teaser makes it clear – from showing the cramped conditions underwater to claustrophobic questions about confined spaces – that the pressure will be on… and very, very tight.

What else is teased in the new Vigil trailer?

Resistance to the investigation is suggested by a Commander, played by Paterson Joseph. When DCI Silva indicates she believes she is investigating a murder, he reacts: “That’s absurd.”

It is also suggested that nobody is beyond suspicion. “If you’re asking who’s capable…? Anybody,” Shaun Evans’ character pronounces.

Furthermore, a potential romantic involvement between DCI Silva and DS Longacre is hinted at. As well as the colleagues being shown embracing, Silva also references how they have “good shorthand”.

How fans reacted to the new Vigil trailer

Viewers made it clear by the reactions on social media that they’re very much looking forward to Vigil.

One person commented on YouTube: “‘From the makers of Line of Duty’… Yeah, I’m watching it.”

Another user enthused on Twitter: “Look at that cast! Wow.”

A few eager fans admitted to being slightly frustrated at not knowing when the series will start exactly.

But they were still keen on getting to watch it as soon as possible, nonetheless.

“Finally! Light at the end of the tunnel of waiting,” one person tweeted.

And yet another person added: “It says it is streaming soon. I wonder how soon that may be?”

– Vigil is expected to air on the BBC and BBC iPlayer later in 2021.