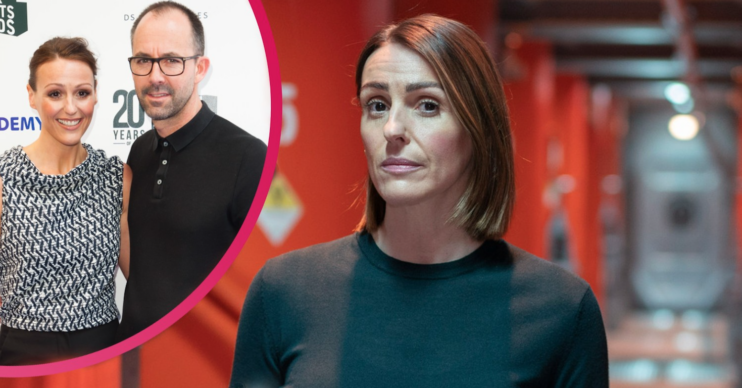 Vigil actress Suranne Jones almost ended up in Emmerdale – as one of the Dingles!

Here's everything you need to know about Suranne

One of the country’s best-known and best-loved actresses, 42-year-old Suranne has become a household name.

But how did she become famous and is she married?

How Vigil star Suranne Jones almost ended up in Emmerdale…

Suranne burst onto the scene when she appeared in Coronation Street as Karen McDonald from 2000 to 2004.

However, things could have been so different.

She auditioned for the role of Charity Dingle in Emmerdale.

Read more: Suranne Jones taking medication following death of her father and she wants everyone to stop feeling ashamed

And, while she got down to the final four, the part was eventually given to Emma Atkins.

But that didn’t stop Suranne. Following her departure from Corrie, she starred in Vincent, Scott & Bailey, The Crimson Field and Doctor Foster.

She also stars in BBC One period drama, Gentleman Jack.

Why was Doctor Foster cancelled?

One of Suranne’s biggest hits was BBC one domestic thriller, Doctor Foster.

After two series of the drama, which also starred Bertie Carvel and Jodie Comer, creator Mike Bartlett pulled the plug.

In an interview with Radio Times, he said: “Each of the two series feel like two ­different novels to me, so it’s not like there’s anything incomplete.

“It would only come back if we had the right story to tell in the right way — and I don’t have a burning desire to find that story.”

Will there be a new series of Gentlemen Jack?

Suranne played landowner Anne Lister in the BBC One drama, Gentleman Jack, and it became an instant hit.

The good news is that a second series is on its way.

Despite delays due to Covid, filming got under way in November 2020 before taking a break.

Suranne took to Instagram to issue an update this July, and told fans she’s back in period costume.

So even though there will very much be a second series of Gentleman Jack, we’re unsure when it will be on.

Is Suranne married and does she have children?

The couple reportedly got engaged after only six weeks after meeting, and were married two years later in 2015.

What is Vigil star Suranne Jones afraid of?

Raised as a Catholic, Suranne suffers from carpophobia – a fear of wrists.

She said in an interview: “I hate wrists. Growing up as a Catholic girl, seeing Jesus on the cross with the stigmata has made me not like wrists. You can see people’s veins.”

She later clarified that she’s not scared of other people’s wrists, just her own.

Are you enjoying Suranne Jones in Vigil? Leave us a comment on our Facebook page @EntertainmentDailyFix and let us know what you think of this story.