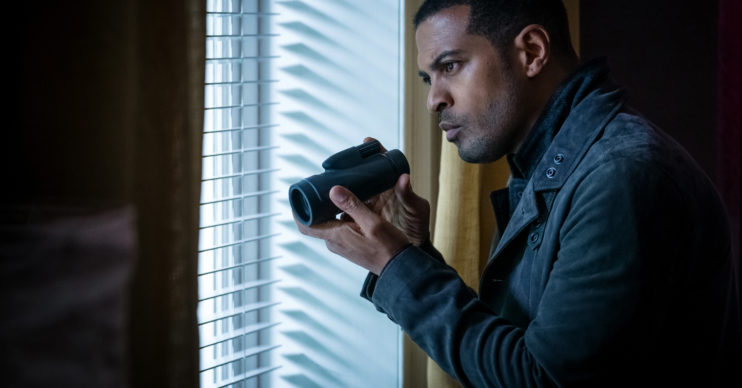 Viewpoint: Who’s in it and when is it on? ITV finally confirms the start date!

Viewpoint is a new thriller on ITV that’s been described as “a compelling, tense, claustrophobic thriller that turns the spotlight on the observer rather than the observed”.

But what’s it about and when will it be on?

What is Viewpoint on ITV about?

The channel says that it, “explores whether it is ever possible to observe the lives of others with true objectivity and zero effect”.

It tells the story of police officer DC Martin Young, who sets up his observation post in the home of single mum and secret voyeur, Zoe Sterling.

It’s a home she shares with boyfriend and prime suspect in her disappearance, Greg Sullivan.

Who stars in Viewpoint on ITV?

Former Doctor Who and current Bulletproof star Noel Clarke takes the lead role of DC Martin Young, while Alexandra Roach (from No Offence and Black Mirror) also stars as Zoe.

But that’s not all when it comes to the cast.

When is Viewpoint on?

Like many other series, Viewpoint had to halt production in 2020 because of the COVID pandemic.

But it got back on track last summer and made up for lost time.

Head of ITV Drama, Polly Hill, says: “It’s hard to find a crime series that feels new and fresh, which is why I am delighted to commission Viewpoint.

The lines between the two and who can and can’t spy on us, is beautifully blurred.

“Martin, the police surveillance officer watching a community to discover why a local teacher has gone missing, is in Zoe’s flat who secretly watches her neighbours because she’s lonely.

“The lines between the two and who can and can’t spy on us, is beautifully blurred.

“It creates a crime series that has a touch of Rear Window.”

ITV has now confirmed that the five-part series will air from April 26.

Who directs the series?

There is a great pedigree behind the camera as well as in front of the lens in Viewpoint.

The series is based on an idea by Fleabag and Emmy award-winning director, Harry Bradbeer (who has also worked on Killing Eve and Channel 4 series, No Offence).

Not only that but it has been co-created and written by Ed Whitmore – the man behind other ITV series, Safe House and Manhunt.

It was great to see the #acting industry making a come back today with some #filming being done in and around the Northern Quarter. pic.twitter.com/edFX8YLfdN

Where was the series filmed?

As we mentioned earlier, filming was halted because of the COVID pandemic.

However, ITV says that all production took place in Manchester.

Read more: Catherine Tyldesley reveals plans to adopt as she says she is ‘too busy’ to have more children

Space Studios were used for interiors but varied locations across the city were also used for exterior action.