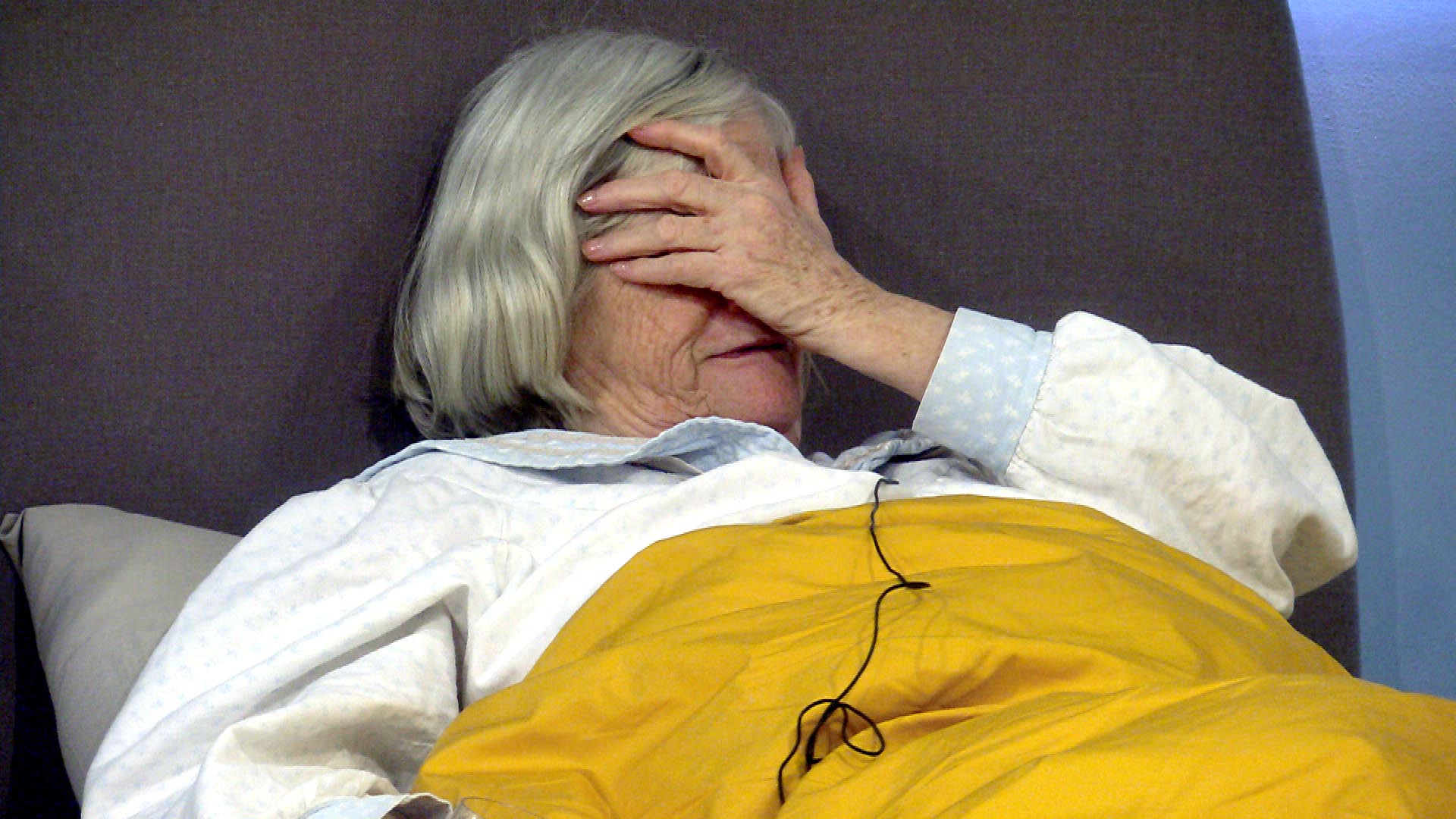 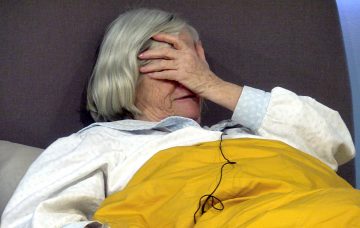 It's certainly a different style of narration!

Celebrity Big Brother commentator Marcus Bentley was in a rather sassy mood last night as he took aim at the housemates left, right and centre!

And they LOVED it!

Among the zingers delivered by Marcus on Monday night’s episode was “now for a scene you’ll never unsee” while introducing Amanda Barrie, 82, helping bathe Wayne Sleep, 69.

Before Rachel Johnson began moaning about Ann Widdecombe not helping out enough in the house, Marcus swiped: “Rachel is annoyed that a 70-year-old pensioner isn’t working hard enough.”

And when a hesitant Rachel tried to broach the subject with Ann, Marcus sniggered: “Spit it out Rachel.”

Other subtle swipes at housemates included introducing Ashley James in the diary room by saying: “Ashley is talking about her specialist subject: Ginuwine.”

He also threw shade at Wayne writing his punishment lines at snail’s pace by saying: “Wayne has been writing lines for five minutes. That’s a minute a line, people.”

Many viewers absolutely loved Marcus’ on fire jibes, with remarks like “savage”, “sassy” and “shade” being thrown around on social media. 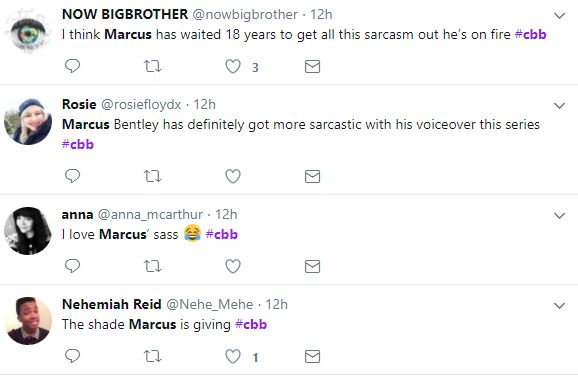 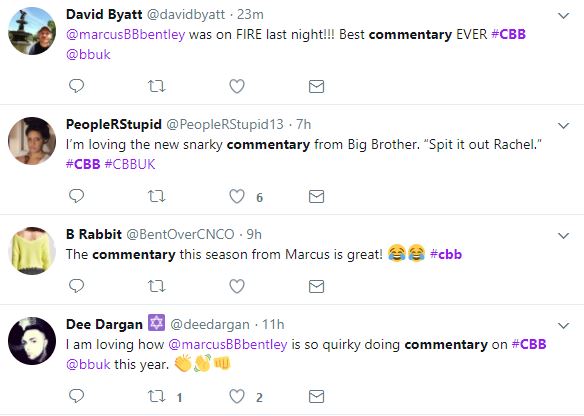 Other viewers compared Marcus’ commentary for this series to Iain Stirling on Love Island.

Some even wondered if Marcus had been allowed to run free with narration this year to compete with the smash hit ITV2 show?

Another popular comparison was to Dave Lamb’s snarky Come Dine With Me commentary.

Read more: Does Celebrity Big Brother have a pant thief on the loose?

Not everyone was a fan, though, with some CBB viewers branding the new-style narration “cringey”.

Others felt the sassy remarks should be left to Love Island.

While another complaint was viewers wanting to make their own minds up about housemates’ actions, rather than have someone else’s opinion thrust at them.

Well, you can’t please everyone, can you?