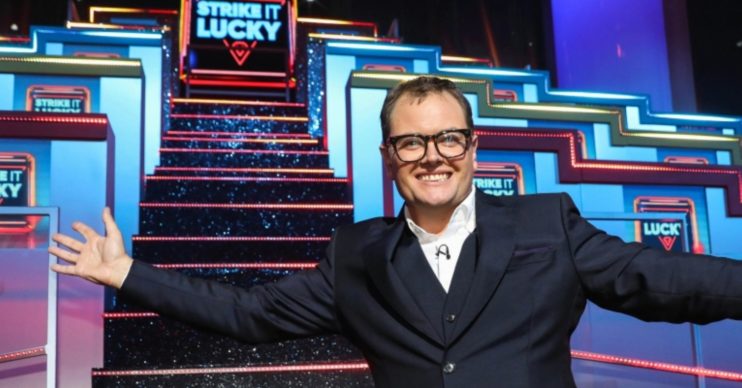 Eagle-eyed fans of Alan Carr’s Epic Gameshow on ITV have spotted a celebrity doppleganger on the programme.

The 38-year-old from Leeds appeared next to husband Luke as they tried to win the £30k prize. Yet contestant Kelly immediately caught attention for her close likeness to GMB‘s Susanna Reid.

Kelly competed on the show to try to win a grand prize of £30,000 to get a new ‘passion wagon’ for family holidays. But it wasn’t her competitive efforts that had viewers commenting.

According to telly fans, the contestant bears a striking resemblance to TV presenter Susanna Reid.

Viewers just couldn’t get over it as Kelly and husband Luke continued on the show against another couple.

Another commented: “I’m sorry but I honestly thought this was @susannareid100 on Alan’s Big Game Show tonight.”

Unfortunately for Kelly and husband Luke, they didn’t win big on the show. The pair from Leeds didn’t earn enough points to make it through and win the prize fund.

Whilst Twitter users were tagging Susanna in posts, the TV host might not have seen them as she announced she was quitting social media recently.

The Good Morning Britain host has said she has no other choice but to come offline after being at “breaking point” over nasty comments.

Susanna said: “I’m not willing to let the abusers win, but I’ve turned off all notifications and stopped checking my phone.

“I’ll be blocking the worst trolls, and looking at my feed only when I need information on a news story.”

She later added: “No one should be scared into silence by the trolls.”