Breakfast telly viewers were divided as Piers Morgan made his grand return to ITV today - and immediately got stuck into his Good Morning Britain colleagues.

The 54-year-old host has been off the daytime TV show after spending the February half-term break in Los Angeles.

Clocking on at 6.30am, he had a dig at his long-suffering on screen co-stars - whose time in front of the cameras begins half an hour earlier - within his first few utterances.

"Welcome to the proper programme again," he said, before giving Charlotte Hawkins some lip. 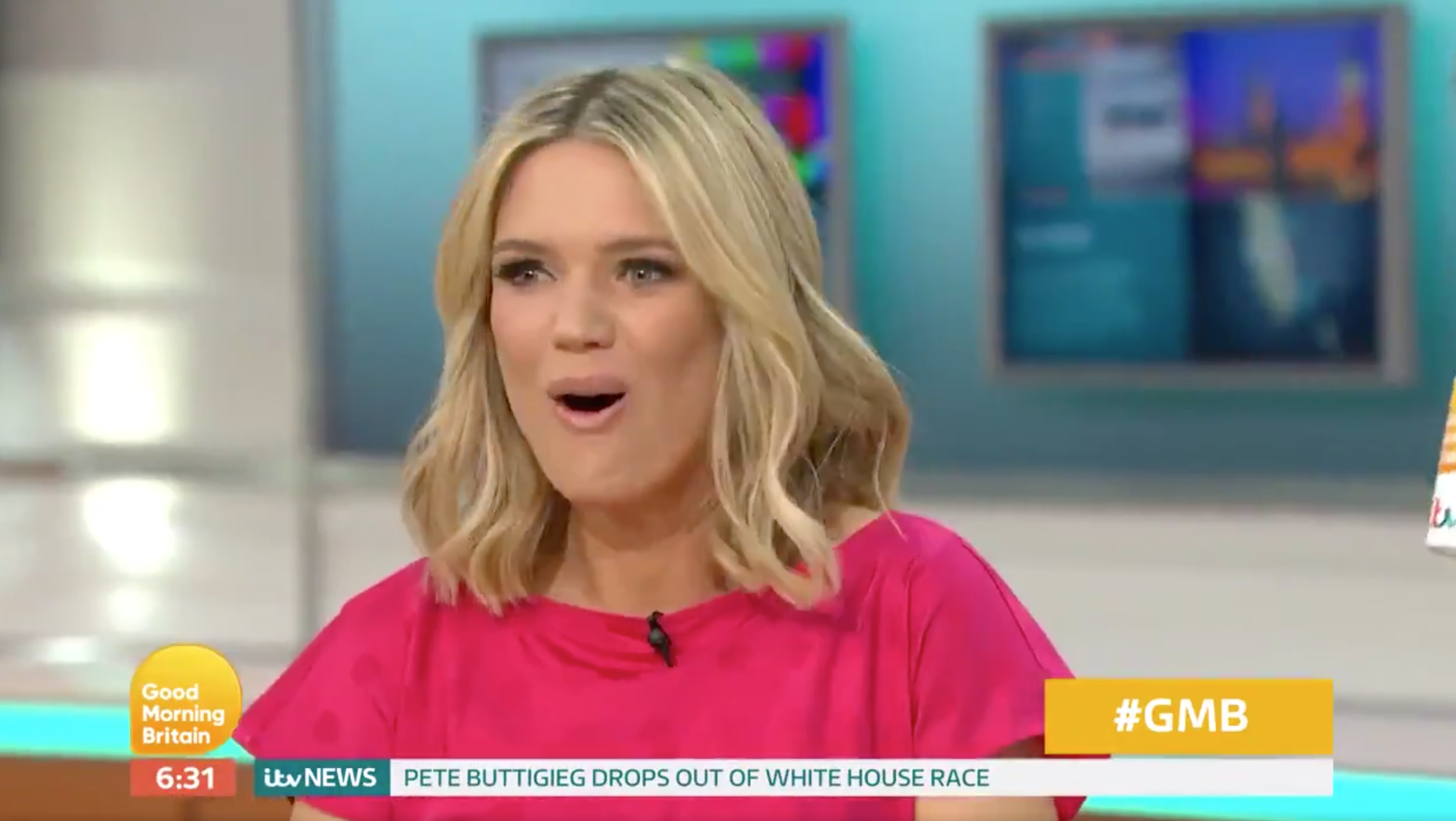 She fired back: "What do you mean 'the proper programme'? What do you think the first hour is?

"I was about to say 'welcome back' before you said that."

He's been here for precisely 40 seconds and he's already winding everybody up.

Sipping from his mug, Piers insolently cut her off: "Alright, wind your neck in, love."

As Charlotte gasped and Richard Arnold let out an "oooh", Susanna Reid bellowed: "Oh, he's been here for precisely 40 seconds and he's already winding everybody up."

In a WORLD EXCLUSIVE interview, @piersmorgan talks to @sharonosbourne and @ozzyosbourne from their Hollywood home.⠀ ⠀ You don't want to miss this one! Tune in to @GMB on Monday from 6am. 📺

Piers then proceeded to address a burning issue from before his holiday about the ties he wears on the show.

"Is that really the most important thing you want to talk about when you get back?" an incredulous Susanna chided him.

But a deadpan Piers interjected: "Can we get back to my ties?"

‘He’s been here for precisely 40 seconds and he’s already winding people up!’

Piers has returned to @GMB this morning and has already managed to annoy Charlotte and Susanna.@piersmorgan |@susannareid100 | @CharlotteHawkns | #GMB pic.twitter.com/1sBqI1mt9v

But while many of those watching at home were delighted to have Piers back on the box - and expressed their happiness on social media - many others were not.

"@piersmorgan loved waking up to seeing you back on @GMB this morning. Normality has resumed yay!" one person tweeted at him.

"Thank goodness back to normality.... Real ITV again no BBC," commented someone else.

A third person claimed: "Welcome back Piers! You've been missed."

But several Twitter users aimed comments at the show's account making it clear they were very displeased to see him return, and had preferred to see former BBC broadcaster Bill Turnbull filling in.

Some website news reports even claimed Piers' knock on Charlotte could have been taken as being aimed at Bill after he teased Piers on the show.

One observer tweeted: "40 seconds too long... Sky News for me. Cannot stand another two and a half hours of motormouth's bile."

"See you Thursday @gmb when he is not on," someone else added.

And another person wrote: "Piers Morgan is the best advert for the morning BBC news programme EVER. He is insufferable."