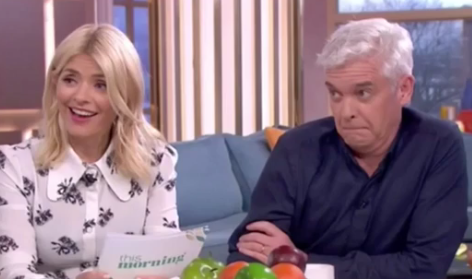 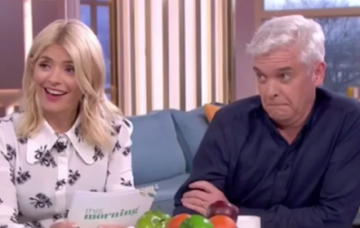 It's enough to give you a fever!

The UK is in the midst of an epidemic at the moment, with ‘Australian Flu’ sweeping the country.

However, viewers seemed less worried about the illness and its myriad nasty symptoms, and more interested in a SPELLING MISTAKE that flashed up on screen during the segment.

Aussie Flu – or H3N2 – is so-called because it recently caused a lot of problems Down Under.

It was considered to be the worst strain of the flu virus the country has seen in years.

And Dr Chris sat around a table with Holly and Phillip to explain the differences between this strain and traditional forms of influenza.

However, when a list of symptoms flashed up on screen, there – in huge letters – was a typo.

Symptoms had been spelt ‘symptons’.

And it didn’t take long for viewers to take a pot-shot at the ITV programme for its blunder.

One fan scoffed: “Good to see the production team of This Morning can spell lol.”

Another said: “Did This Morning really just spell symptoms as symptons?? Do they not look for people who can spell when they’re hiring the crew? What a fail haha.”

And a third viewer slammed: “Think you mean ‘symptoms’ not ‘symptons’.”

Also on today’s This Morning, Dr Chris revealed that a new type of Viagra has been launched, that uses an ingredient found in explosives!

Holly and Phillip couldn’t help but giggle at the news, with Phillip joking: “You won’t go out with a bang?”