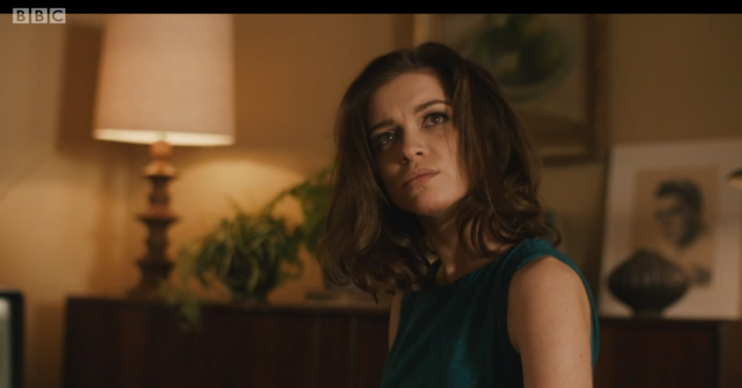 Viewers of The Trial of Christine Keeler were left shocked when the series showed two sex scenes within the first few minutes.

The drama tells the story of the 1960s Profumo Affair, which saw showgirl Christine Keeler jailed for nine months for perjury following her affair with Tory cabinet minister John Profumo.

One person wrote on Twitter: “There’s a lot of sex/nudity for a Sunday.”

One minute in we have had two sex scenes.

Another tweeted: “One minute in we have had two sex scenes, I hope that is enough scene setting for a while..”

A third said: “Bit saucy for a Sunday night, this will upset the PC brigade and snowflakes.”

There’s a lot of sex/nudity for a Sunday 🤭#TheTrialOfChristineKeeler pic.twitter.com/76LF85CL5Y

#TheTrialOfChristineKeeler I hope it is as good as the one about Jeremy Thorpe. One minute in we have had two sex scenes, I hope that is enough scene setting for a while….. 😳

Bit saucy for a sunday night, this will upset the PC brigade and snowflakes #TheTrialOfChristineKeeler pic.twitter.com/qAaegjv3WN

Profumo had an affair with 19-year-old Christine while serving as Secretary of State for War in Harold Macmillan’s government in 1963.

Despite initially denying the affair rumours in a statement to the Commons, Profumo later admitted he lied to Parliament and resigned.

The scandal was severely damaging to the Conservative government and in, October of that year, Macmillan resigned as Prime Minister on health grounds.

There were also allegations that Christine was having a fling with a Soviet Spy, which sparked fears of a national security risk in the UK.

Show writer Amanda Coe recently told The Guardian: “Once you start researching the story, the thing that really strikes you is what it must have felt like to be Christine Keeler.

“To be that young and to come from such a difficult, embattled background and then go through the things she went through – moving to London, having a new life and then finding herself in the public eye to this extraordinary and unprecedented degree.”

She added: “She became famous for being famous, and then added to this was the political espionage scandal and the fact that she was absolutely vilified as this [expletive] who had brought down the government.”

The BBC series sees Sophie Cookson as Christine while Ellie Bamber plays Christine’s friend Mandy, who was also involved in the scandal.

The Trial of Christine Keeler continues tonight at 9pm on BBC One.