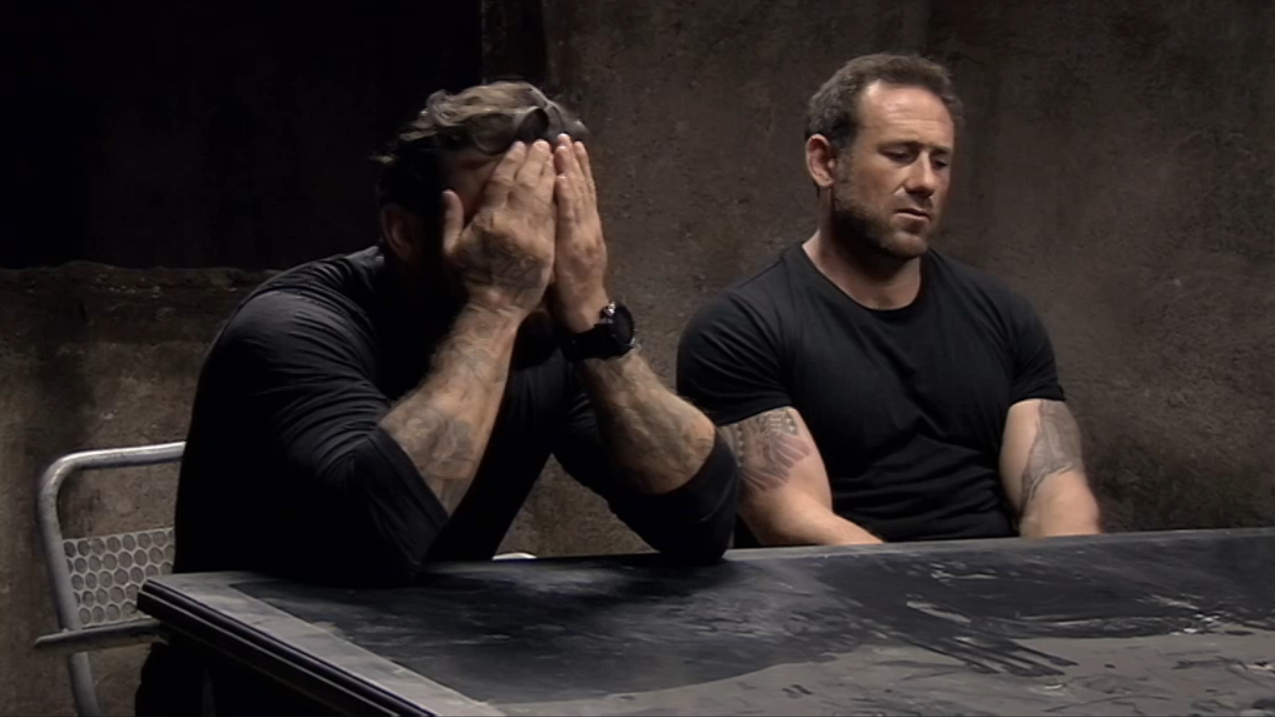 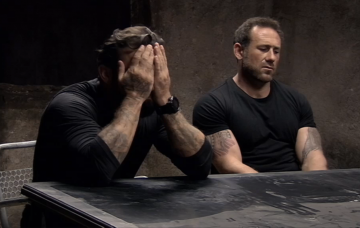 Dan Cross's wife Nikki was stabbed to death in 2015

The contestants of Channel 4’s SAS: Who Dares Wins have to be tough as nails, both physically and mentally.

Taken to inhospitable climates and forced to push themselves to the extreme, not every contestant makes it through.

One applicant in last night’s episode had more mental fortitude than most due to an horrific event that took place in 2015.

His name was Dan Cross, he was 40 – by far the oldest candidate – and he was designated number 13 by the Who Dares Wins team.

In an interview with instructor Ant, who was trying to understand Dan’s motivation for entering the show, he revealed what drove him.

Dan said: “I’ve learned more about myself in two years than I did in the previous 38. You never really know what you’re made of until something extreme happens to you.

“It was late one night, I was working away from home. My wife called me to say she was worried about a man that had been hanging around outside the house.

“As she was on the phone to me, the man broke in through the back doors, schizophrenic. He had a knife on him, picked up another knife from the knife block, and killed her.

“I was on the phone to Nikki, I heard everything.”

Ant was shocked, and had to put his head in his hands – before offering Dan a handshake of respect.

Dan continued: “I couldn’t crumble in that situation, I just had to keep going for the kids. And I think that without them I’d be in a very different place, I’m pretty sure of it.

“I had children crying on the other end of the phone, I could hear Isabella trying to wake mummy up saying: ‘Please wake up, please wake up.'”

“A few minutes later I heard the police arrive, and then I cut the line then, I couldn’t listen to any more.”

“It gives you an inner power, to know that you can cope and you can deal with things. Not a lot phases me now.”

Viewers were so impressed with Dan’s mental strength, they took to Twitter to shower him with praise.

One wrote: “What an unbelievably strong man Dan is! Unimaginable what he must have been through.”

Another said: “Cannot believe number 13’s story from 2015! Almost brought me to tears seeing the strength of that man!” 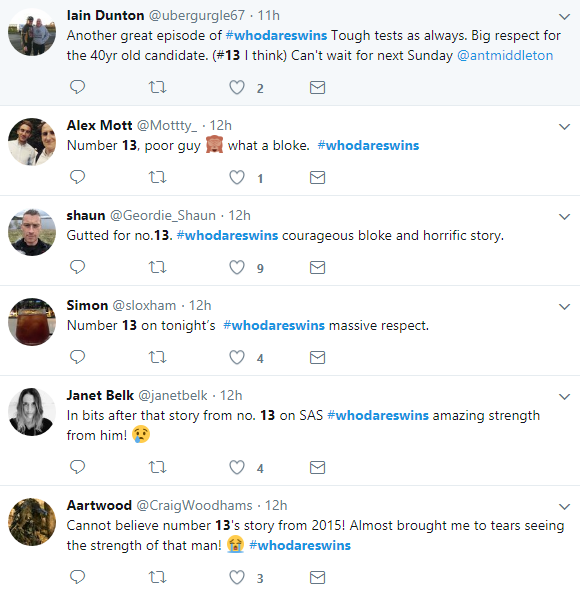 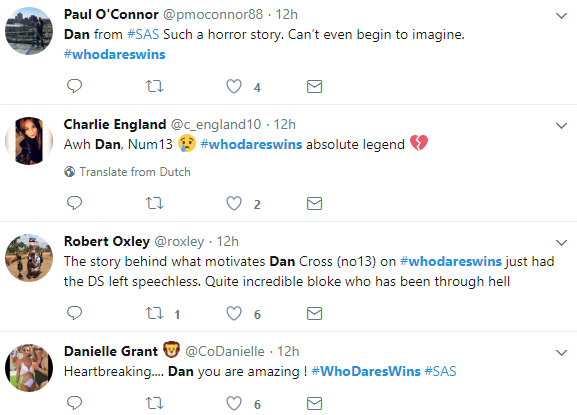 Unfortunately for Dan, a knee injury meant he ended up medically recalled from the course. Unable to complete the tough physical trials, he had to be sent home.

But he was philosophical, saying: “I had a life with Nikki which was perfect, it was great. And that life could have continued and I’d have been very very happy to stay on that path.

“But it didn’t, it ended. I’ve got a new life now, full of the unknown. And previously I’d have maybe been a bit scared of the unknown, but not now. Bring it on.”