A man left blind by two massive strokes after he sneezed driving to work has recovered to give his new wife an emotional groom's speech, thanks to "an army of guardian angels" from around the world via an earpiece.

Dan Needham's eyesight returned partially but he was left with chronic tiredness and feeling panicked in crowds, making his wedding day with 120 guests a daunting prospect.

But he delivered a perfect speech thanks to undercover advice and support from worldly-wise strangers without sweetheart Suzy's knowledge, on heartwarming new BBC2 series The Secret Helpers. 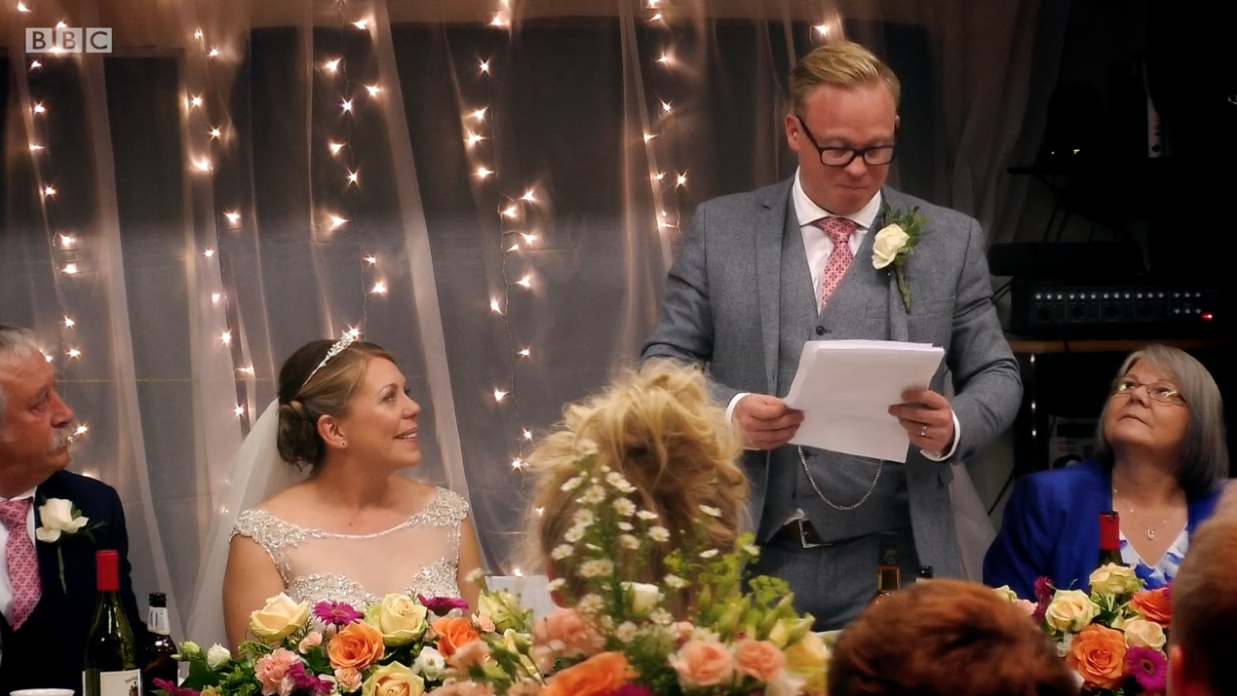 The 35-year-old suffered his first stroke nine months earlier and Suzy was left caring for him around the clock.

He said: "I sneezed on the way to work and lost my eyesight. I was told I had bisected an artery in my neck and I'd had a stroke."

A few days later in hospital, Dan was left devastated by a second stroke.

"I lost my entire left side, lost the right side of my face which slipped, my speech was affected," he said.

"I went blind again. We've had a bad few months ever since. "When the fatigue hits you, it's almost like you become drunk. You can't make simple decisions and it becomes physically very painful.

Without this girl, I would be dead. I woundn't have got up. I wouldn't have had the courage.

"My eyesight will become quite tunnelled and all of a sudden you can hear everyone's conversations and it's very loud and overwhelming and you just can't think. You've lost ability to cope.

Speaking ahead of the big day, he added: "If I don't manage my stroke and the fatigue and the physical and mental symptoms, and if I push myself too hard, my wedding day will be a disaster." 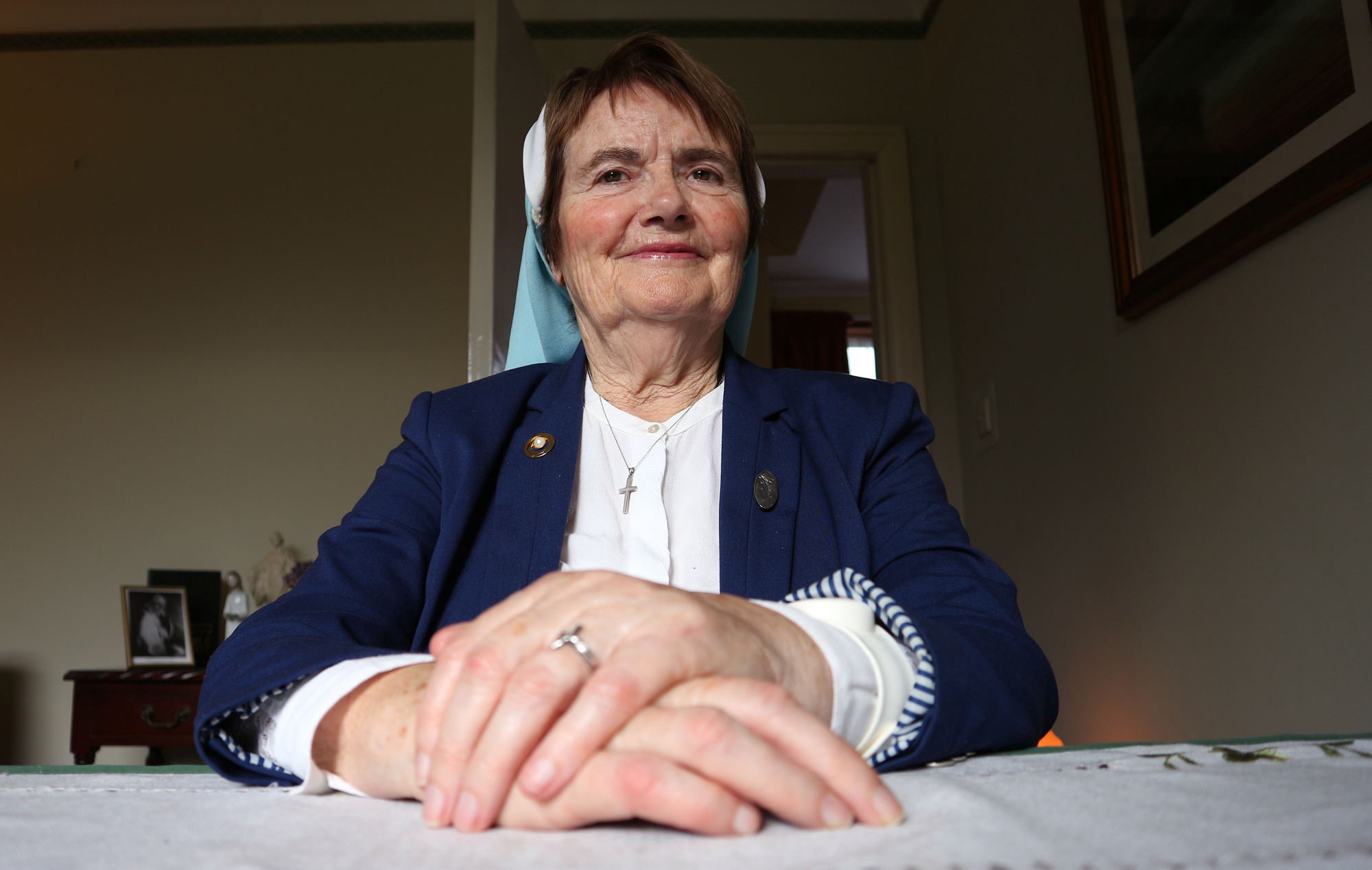 Suzy knew they were taking part in a documentary but had no idea her fiancé was secretly receiving help from the "sages".

They included dietary advice from Norway health and fitness guru Lilian to boost his crucial energy levels, Sister Una from Ireland who gave him a blessing and encouraged him to have a pint of Guinness, and "wise guy" retired New York cops Mark and Joe who reassured him he was an "inspiration".

It helped him get through his speech, with only a brief pause as he got choked up talking about Suzy, who he met through a dating site. 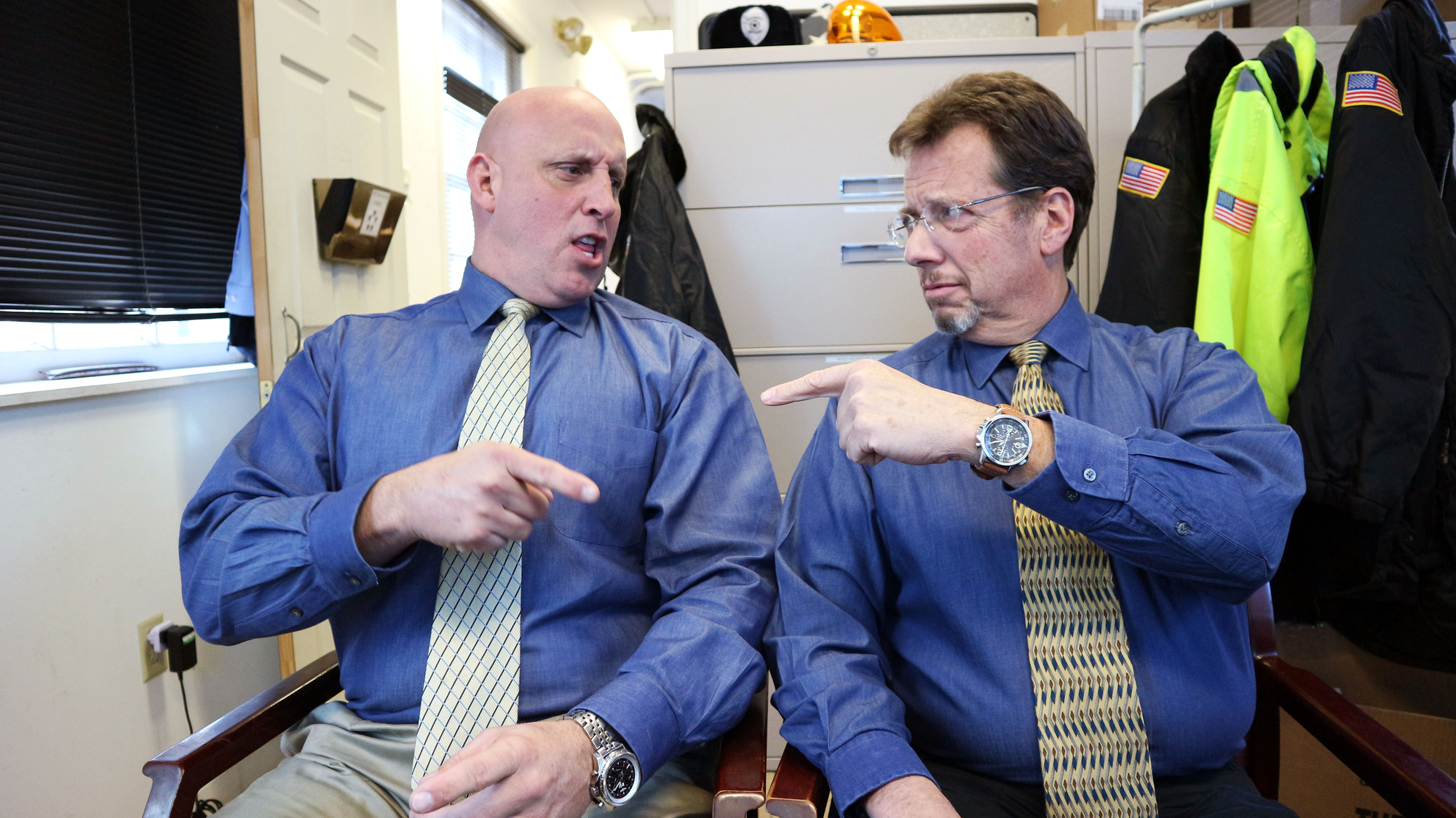 Dan, from Norfolk, told guests of the moment his ordeal changed the couple's lives.

"We were so, so happy. I mean really happy. Then things got funky. I had a brain-cell stroke.

"Without this girl, I would be dead. I woundn't have got up. I wouldn't have had the courage.

"When I came round I asked her one question, 'If you're going to run, now's the time to do it'.

"Without hesitation she said, 'I'm not going anywhere'. I never lost a night's sleep after that." 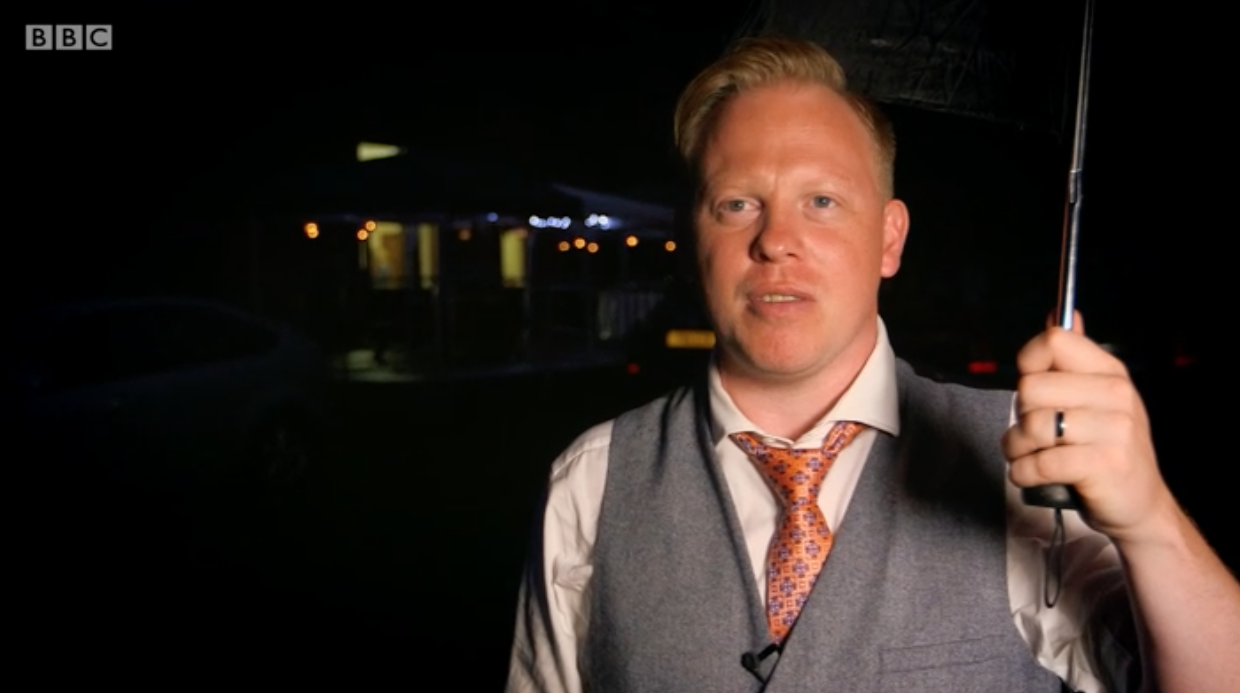 Afterwards, he said of the speech: "I was nervous. Just having a quick talk with the wise guys was really nice, so I went in there full of beans. I think I've succeeded."

Dan left viewers emotional and praising the new show on Twitter, with some saying the kindness of strangers had restored their faith in humanity.

To be honest I thought it would be pants, but @bbctwo 's #secrethelpers has restored my faith in humanity. Watch it.

I really like this Secret Helpers programme too, how heartwarming and positive. #SecretHelpers @BBCTwo

What a wonderful program #secrethelpers

Didn't expect #SecretHelpers to be so lovely. So emotional. Massive well done Daniel & Suzanne Congratulations. When I've stopped sobbing I'm on to the next story @BBCTwo

Since filming, Dan and Suzy have welcomed a baby boy, Henry.

* The Secret Helpers continues on BBC2 at 8pm next Wednesday.