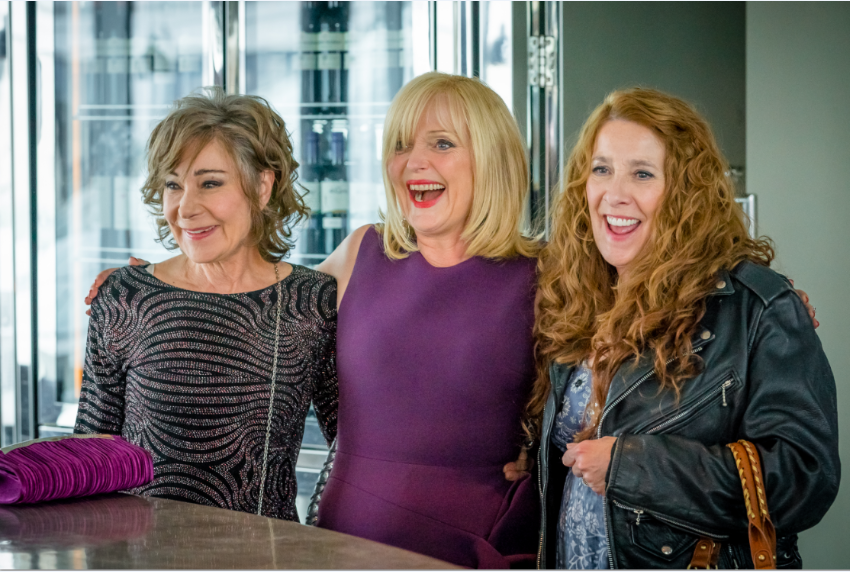 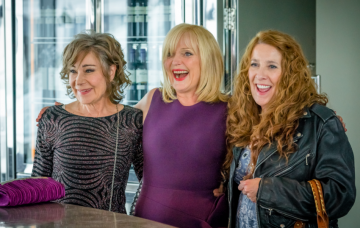 Kay Mellor is the genius telly writer behind hits like Band of Gold, Fat Friends and Strictly Confidential.

Her latest series is called Girlfriends, and it hit ITV screens last night.

Set in Yorkshire, it follows the lives of three middle-aged women, played by Zoe Wanamaker, Miranda Richardson and Phyllis Logan.

The women were all friends in their youth, but drifted apart – the series picks up as they reconnect after several years in the wilderness.

The six-part series covers the ups and downs of life as the three very different women explore relationships and life as a whole.

Viewers were thrilled with the comedy-drama, with one writing on Twitter: “It’s only one episode in and I’m already hoping for a 2nd series!”

Another commented: “Good start to this 6 episode story. Great cast just hope Kay Mellor does not disappoint us all with the ending, will be watching every moment.” 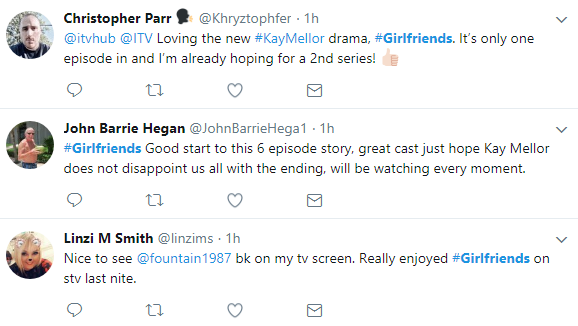 However, not everything in the show hit the bullseye. While the programme is set in Yorkshire, many of the actors weren’t quite able to nail the tricky accent.

US-born Zoe Wanamaker grew up in the south of England, and seemed to struggle the most with the dialect.

Viewers were quick to point this out, with one writing on Twitter: “I love Zoe Wanamaker to bits but, how many accents is she doing in one sentence?”

Another was incensed, writing: “Horrible Northern accents in #Girlfriends. We don’t all talk like that… ‘ey up lad…’ stereotypically insulting.”

A third said: “I’m sure there must be some actual Northern middle aged actresses they could have cause for more authentic accents!” 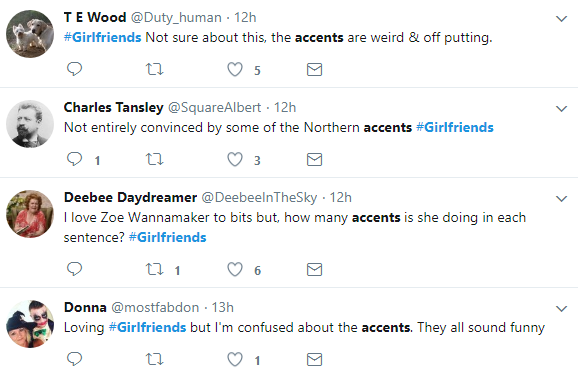 With five episodes still left to broadcast, we’ll have to wait and see whether the accents improve over time or not.

But even with that little niggle, it’s safe to say that Girlfriends will be regarded as another big win for writer Kay Mellor – she can’t miss at the moment!