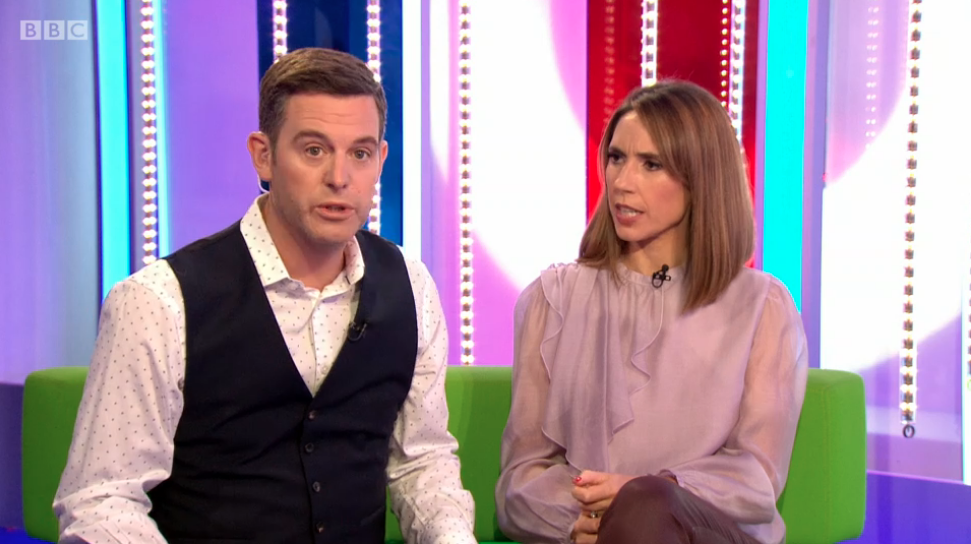 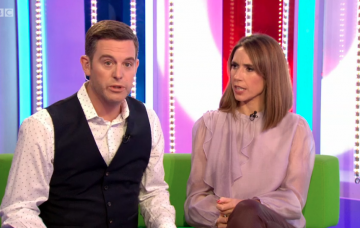 Viewers pointed out two errors during Wednesday's episode of the show

There was a cool reaction followed by thunderous disapproval during The One Show last night after presenters referred to a Scottish town by the wrong name.

Shown during the BBC One programme’s opening segment, a montage of images and footage highlighting the damage inflicted by Storm Helene across the country immediately caught the eye of some viewers with two errors.

Alex Jones had barely spoken on the live show before the words of fellow presenter Matt Baker were being questioned on Twitter.

One brief shot of windblown shoppers on Princes Street in Edinburgh was wrongly identified as being ‘Queens Street’ by Matt, leading to tweets wondering whether the series’ scriptwriters ‘watch the news’.

But it was an on screen typo later that really caused viewers to get worked up.

It happened as a few seconds of footage of a cruise ship that had drifted from its mooring was shown.

The ship, based in Greenock in the west central lowlands about 25 miles from Glasgow, was identified as being in ‘Greenloch’.

Matt, 40, also referred to ‘Greenloch’ – suggesting the gaffe might have occurred during scripting rather than the creation of on screen graphics and text.

He said: “Up in Scotland, up in Greenloch, there was this cruise ship that was moored up and anyway it’s basically drifted away from where it was moored.”

Viewers were baffled, expressing their thoughts with scores of tweets mocking the “epic fail” errors.

@BBCTheOneShow the ferry was berthed at GREENOCK not Greenloch………facts please!!

@BBCTheOneShow goodness me! Have you never heard of GREENOCK? Not Greenloch! I despair.

@BBCTheOneShow Great research by EBC. Storms in Queens Street , Edinburgh (shld be Princes Street) and the cruise ship is off Greenloch. (Shld be Greenock).

@TheOneShowShow so the Main Street in Edinburgh is Princes Street not queen street and it wasn’t the fictional town of greenloch where the ship broke free but the town of Greenock on the west coast. #scottishgeography

@BBCTheOneShow ‘Greenloch and looks like Queen St, Edinburgh ‘ – really ?!!!! We may only be in Scotland , but at least get the names correct ! Greenock and it was Princes street in Edinburgh

Can you tell me exactly where ” Greenloch” is that apparently had cruise shops. Stupid mistake.

30 seconds into the One Show and they’ve identified Princes Street as Queen Street and Greenock as Greenloch. Well done.

However, some viewers were at least able to raise a smiley emoji about the errors.

The One Show appear to have invented an entirely new place where a hulking cruise liner has broken her moorings today: Greenloch.

Just turned on to the the One Show and they are discussing the bad weather. Next up comes a picture of cruise ship that they say was in Greenloch highlighted on the screen instead of Greenock. #yuocouldnaemakeitup 😅😅

@BBCTheOneShow getting scudded for that #Greenloch gaff. People do love to be outraged 😂😂😂

Thankfully, no one was injured in the incident – even though it is believed some guests were aboard at the time.

Matt went on to reveal the power was also down at parents’ farm after problems caused by falling trees.

Given the reaction on social media to the first few minutes of last night’s show, he may have wished the bad weather had stopped play on Twitter instead.