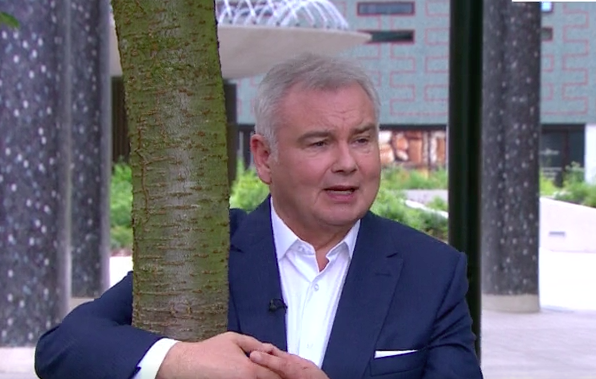 But This Morning's sound man came out as the real winner

Daytime show This Morning is known and indeed beloved for covering some quite strange stories.

And Monday’s episode was no different.

Eamonn Holmes and Rochelle Humes left viewers in fits of giggles as they attempted to communicate with trees.

If trees can talk, then @EamonnHolmes' new friend is the strong, silent type! 🌳 pic.twitter.com/akgkrtgP5W

But he had no luck, and failed to make conversation with the unsuspecting tree.

Many viewers took to Twitter to marvel at the bizarre segment.

While several mocked Holly’s claims, it was actually the sound man’s efforts that seemed to get the most attention.

A usually behind-the-scenes sound man was beckoned into the shot as Eamonn chatted to the tree.

The man placed his sound gear directly at the tree, presumably in attempt to capture the tree’s communication live on air.

One Twitter user declared that the sound man deserved a BAFTA for his efforts.

Someone give the sound man trying to hear a tree on #ThisMorning a BAFTA… pic.twitter.com/BXm7qBI6OX

Another added the laughing crying emoji while commenting on the surreal segment.

The sound guy with the mic boom up against the tree for its response 😂 #ThisMorning pic.twitter.com/TjVuZh4vgV

While a third seemed to find the sound man’s efforts just as funny.

Holly explained to Rochelle and Eamonn that she decided to write a book about communicating with trees after discovering her unusual gift.

“I like to touch the tree, make a physical connection with it and just ask it a question and wait for the answer,” she said.

What did you make of this story? Let us know what you think over on our Facebook page @EntertainmentDailyFix.