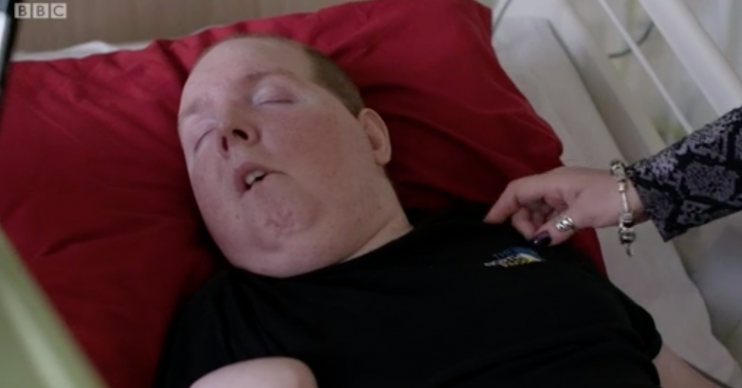 Fans of the BBC documentary series Hospital were left distraught after a 22-year-old patient lost his life in Thursday’s episode.

The man, known as Jack, had suffered a catastrophic brain injury as a child after being hit by a car, and had been cared for by his parents ever since.

But shortly before Christmas, he was admitted to hospital with renal failure and a chest infection.

And despite his parents’ belief that he would recover, Jack sadly passed away, leaving viewers in tears.

Recalling the accident that changed his family’s lives, Jack’s father recalled: “It was a Saturday, Liverpool were playing Fulham. [My partner] Sharon phoned me first, but I couldn’t understand a word. She was frantic, she was screaming.

“Someone took the phone off her and told me what had happened. [Jack] was on the left-hand side of the road; it wasn’t a terribly busy road.

I am a wreck after watching #Hospital. RIP Jack.

“He was facing away and the traffic was coming up behind him. Anyway, Jack turned around and was hit by the car.”

Following the dreadful accident, Jack was taken to Alder Hey hospital in Liverpool. And though he survived, he was left with a brain injury that severely affected his cognitive function.

As a result, his parents dedicated their lives to caring for him.

However, in the run-up to Christmas last year, Jack suffered renal failure and a chest infection, and was readmitted to the hospital.

With his condition deteriorating, Jack’s parents were seen hugging each other for comfort.

But tragically, Jack never recovered and, despite the best efforts of the hospital’s staff, he died aged 22.

The episode left viewers in floods of tears, with many taking to social media to express their sorrow.

One tweeted: “I am a wreck after watching #Hospital. RIP Jack.”

Another wrote: “A very poignant programme. Not a dry eye in our house. RIP Jack and much love to his family from my family.”

And a third added: “Another unbelievably insightful but devastating episode of #Hospital tonight. #RIPJack, a beautiful boy and beautiful family. Thanks for showing us your journey, Jack.”

– Hospital returns on Thursday at 9pm on BBC Two