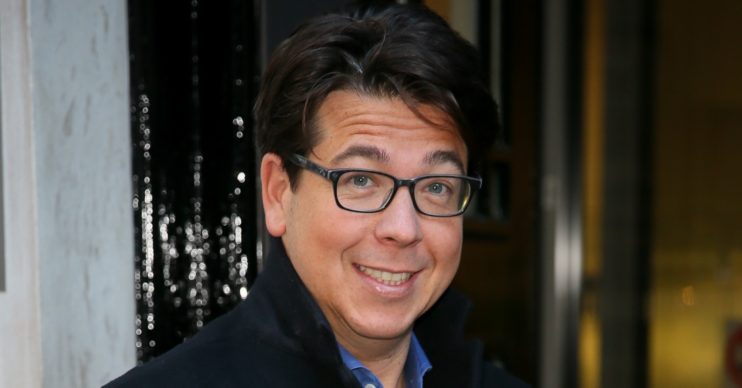 Viewers in tears over moving reunion on Michael McIntyre’s show

BBC series Michael McIntyre’s Big Laughs sees the comedian looking back at some of the highlights from his popular Saturday night variety and comedy programme, Big Show.

This Saturday’s episode was a total tear-jerker, with a look back at the heart-warming moment Michael when reunited a mum named Angela and her son.

Read more: Holly Willoughby and friends hand out with Michael McIntyre during night out

Angela had not seen son Alan in eight years because he was living in New Zealand.

She was none the wiser as Michael invited her on stage to FaceTime with Alan and her three grandchildren, who she had never met.

But the grandmother was stunned as a curtain suddenly went up.

Her jaw dropped as she realised that her family were not half way across the world after all, but right there in the studio.

There were tears all around as Angela admitted she had thought she would never see her son again.

Viewers in tears over reunion

People tuning in were just as moved by the touching scene.

“I love Michael McIntyre, different emotions all in one show,” one fan posted on Twitter.

Another said: “I saw this when it was first aired but still has me in tears from laughing and blubbing for joy for Angela and her family.

“OMG crying my eyes out,” tweeted another moved fan.

It went on to become a full programme and so far has aired five series.

It includes segments such as games, music performances and a big audience surprise.

Speaking when the highlights series was announced, McIntyre said: “I hope people enjoy watching the best bits from the last five series of the Big Show.

“Although there are many hilarious Send To All’s and surprises, my favourite part was seeing my hair when it was cut professionally before my wife took over!”