With its combination of comedy acts and sob stories, Britain's Got Talent is always an emotional watch.

But viewers turned on the waterworks even more than usual last night – and not just because the auditions stage was drawing to a close.

The pre-recorded episode saw Ant McPartlin's final appearance of this series. Following his drink-driving arrest in March, the troubled star pulled out of his remaining TV commitments while he undergoes treatment in rehab.

And his fans were left in floods as they took to Twitter to express their sadness. 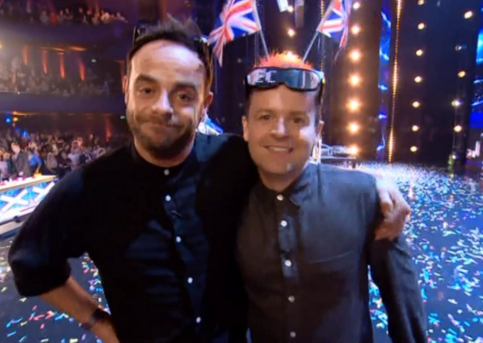 Ant and Dec will be parting ways... for a while at least (Credit: ITV)

Another wrote: "I feel like I'm treasuring every moment that Ant is on screen. I'm gonna miss him so much."

And a third fan added: "Why am I getting emotional already because it's the last time we'll see Ant and Dec on tele together for who knows how long."

I feel like I'm treasuring every moment that Ant is on screen.

Ant was shopped by police in March after crashing his Mini into two cars in Richmond, South West London. He was said to be twice the legal drink-driving limit.

Read more: Amanda Holden on her Britain's Got Talent future

After pleading guilty to the charge, he was fined £86,000 and banned from the road for a year and eight months.

The Geordie presenter did not appear for the finale of Ant & Dec's Saturday Night Takeaway at the end of that month, with Declan Donnelly hosting alongside Scarlett Moffatt and Stephen Mulhern. 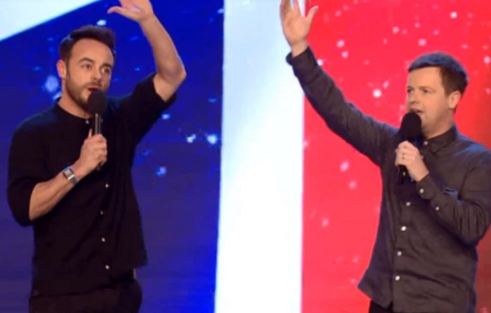 Viewers were sad to wave goodbye to the long-serving presenter (Credit: ITV)

And Dec will now front the BGT live shows by himself.

As for which acts will be performing in the next phase, starting on Monday, that was decided in last night's tense instalment.

Simon Cowell and his fellow judges were given the task of whittling the 182 hopefuls down to just 35, with five of the 40 semi-final acts already having been put through via the controversial golden buzzer.

Daredevil Matt Johnson, Manchester dance troupe Rise Unbroken and crooning duo The Ratpackers were among those celebrating after the judges' decision. 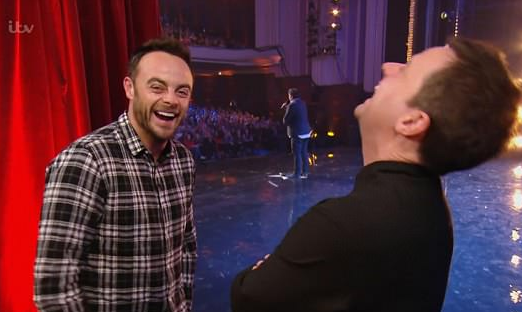 Ant was pleased with how the episode went (Credit: ITV)

Ant seemed to enjoy himself in his parting episode, declaring that "it couldn't have ended any better".

It's not yet been confirmed when he'll be back on our tellies, but it's hoped that he'll join Dec again for I'm A Celebrity later this year.

What did you think of Ant's final appearance on BGT? Leave us a comment on our Facebook page @EntertainmentDailyFix and let us know!