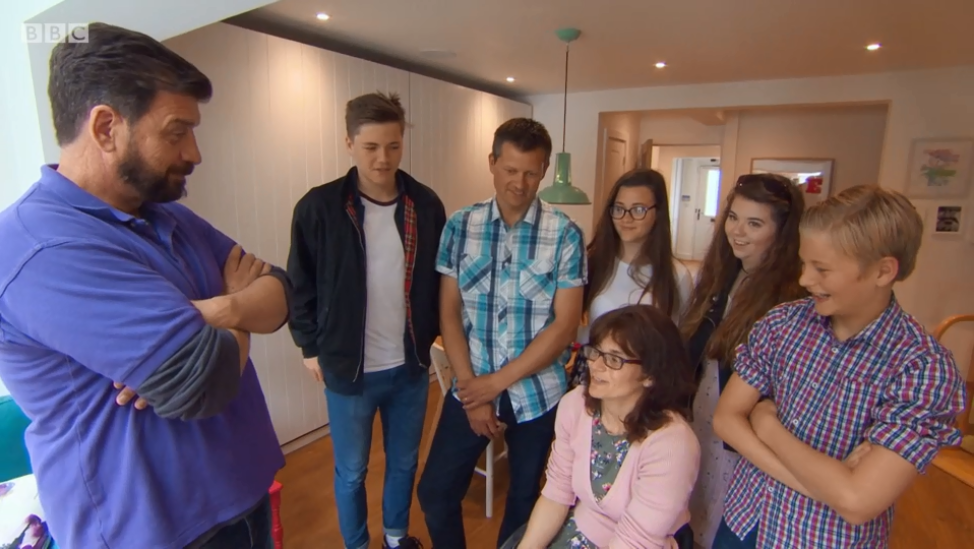 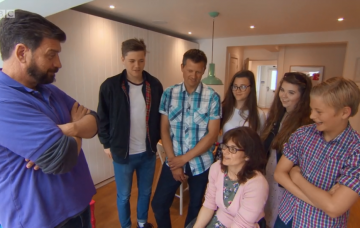 One of the most emotional episodes ever

Nick Knowles’ DIY SOS has always known exactly how to tug at our heartstrings.

Over the years we’ve shed many a tear as the team have rebuilt houses from top to bottom, often for people who really needed help.

But nothing could have prepared us for the emotional onslaught broadcast last night.

Amanda Newton, 45, and her family – husband Vic and four teenage children – live in a terraced house in West Sussex.

In 2015, Amanda had her future shattered during a bike ride when she was training for an Iron Man competition.

As she cycled down a steep hill, she realised her brakes had failed.

Attempting to break her fall by crashing into some hedges at the bottom, Amanda was unaware the hedges were hiding a road sign.

She spent six months in hospital, and returned home without the use of her legs – to a house ill-suited to someone with a disability.

Read more: Opening night of Dancing On Ice has been thrown into jeopardy

She had to resort to using a dangerous stairlift to get up and down the stairs in her home, and would burn herself when attempting to cook.

A tearful Amanda told cameras that her life had been completely changed after the accident.

So the team from the BBC makeover series took over and moved in for a week, totally transforming Amanda’s home.

They created a clever lowering oven/sink area in the kitchen so Amanda could cook again, and even enlisted Rolls-Royce to provide a heat-resistant mat so Amanda’s legs would no longer be burned while cooking.

They also revamped the garden, and provided a life-changing lift facility so Amanda could get up and down stairs safely.

Thanking the huge team at the end of the episode, Amanda and her family were in tears with gratitude.

But that’s nothing compared to the reaction of those watching on Twitter. One said: “I cried from start to finish.”

It was a really incredible episode, and it was clear from the family’s reaction how much difference their new home would make in their lives.

Another job well done for the DIY SOS team!