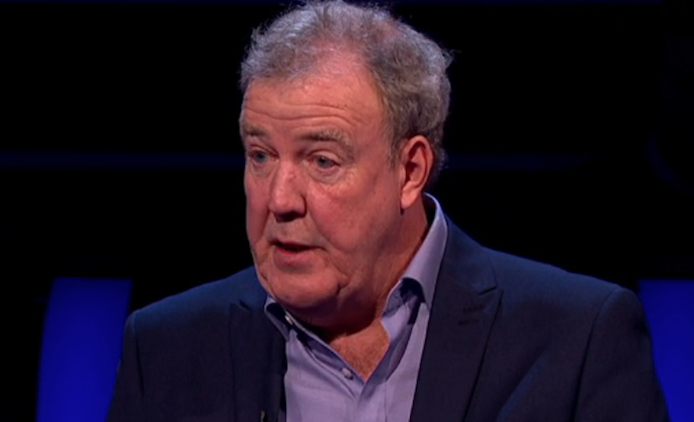 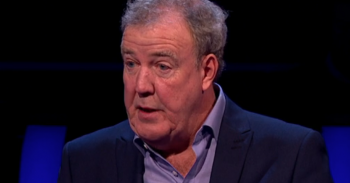 Viewers in hysterics after Jeremy Clarkson stung by ‘fat’ jibe

Hilarious put-down had viewers in stitches

Motormouth TV host Jeremy Clarkson was put in his place during last night’s episode of Who Wants to Be a Millionaire? after a quick comeback from a contestant.

Clarkson, 58, looked stung as he became the butt of Anna Watson-Smith’s sharp joke after she hinted the ex Top Gear presenter is ‘fat’.

But the cantankerous presenter soon regained his composure, laughing off the dig as the studio audience chuckled away.

Many viewers also appreciated Anna’s quip, with one tweeting their full support for her after the cheeky burn.

“Oh, I hope she wins the million,” they said.

Anna, from east London, told Jeremy during a brief break in the game that she works as a digital retouch artist.

An interested Jezza enquired: “Are you one of those people who makes people thinner than they are in magazines?”

But when Jeremy went on to request if she could make him appear a little slimmer, Anna had the audience members hooting with laughter as she rated his chances.

Oh, I hope she wins the million. @JeremyClarkson – “can you make me thinner” contestant – “I’m not a magician”. #WhoWantsToBeAMillionaire

Absolute savage
Clarkson: can you make me slimmer?
Contestant: I’m not a wizard , Jeremy
#WhoWantsToBeAMillionaire

Clarkson: can you make me thinner?
Contestant: I’m not a wizard #WhoWantsToBeAMillionaire pic.twitter.com/8WVXmnbAw3

However, it could be argued Jeremy had the last laugh as he failed to successfully assist when called upon to help her reach the £16,000 stage.

Having made use of her ‘Ask The Host’ lifeline, Anna left with just £1,000 following the “nightmare” question.

– Who Wants to Be a Millionaire? is on ITV tonight at 9pm