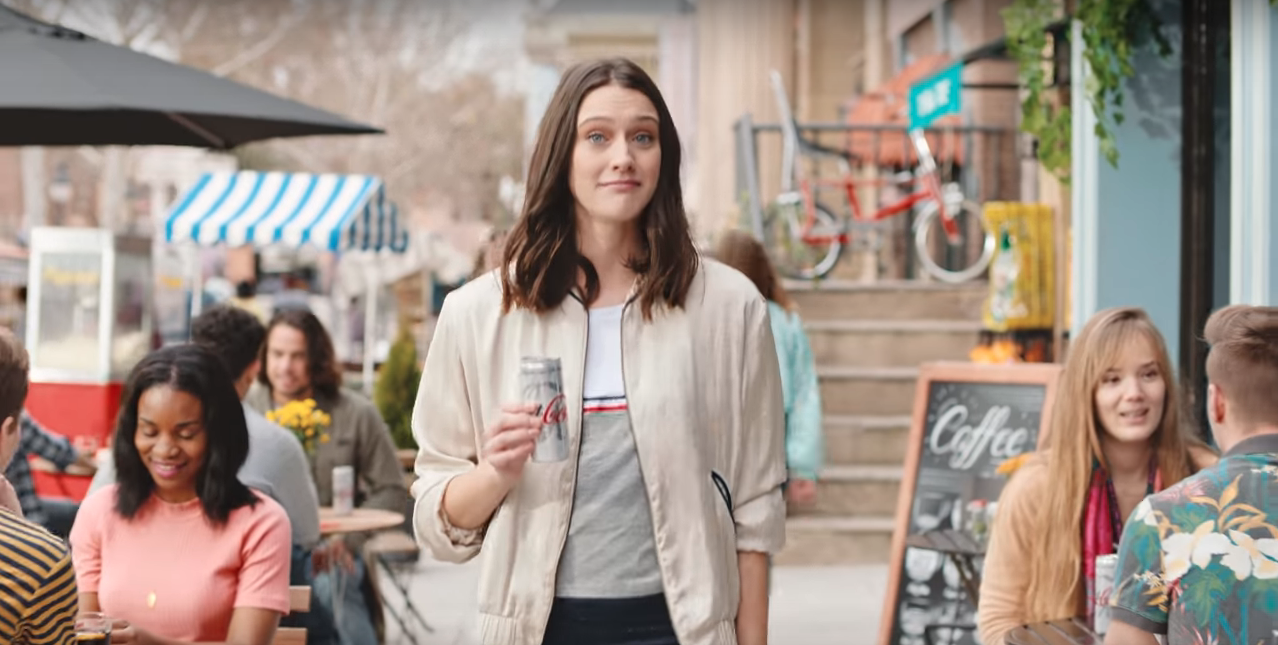 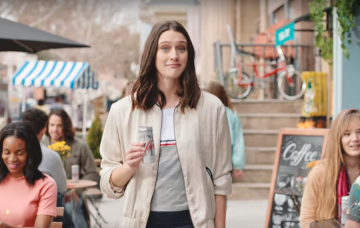 Viewers have found a new TV ad to hate

Time to pack up your keyboard and whimsical harmonies into the back of that home removals van, singing sisters of the Nationwide ads – you’ve been toppled as the most irritating ad on TV.

Indeed, the Diet Coke ‘Because I Can’ commercial campaign is so annoying some viewers have joked on Twitter it was put together by rivals Pepsi.

“Is the new diet Coke ad with the annoying hipster supposed to discourage people from drinking it?” wondered @TheDeclineIRL.

Seems unlikely, really. But then again, so does the decision to let this advertorial atrocity be broadcast to a human audience.

Let’s start with the disparate YOLO stylings of the Diet Coke drinker who informs viewers her drink is “delicious” and “makes her feel good” in a sing-song tone that suggests she’s discovered a cure for all known illnesses, but it was no biggy, y’know?

She explains – almost giving her permission, or blessing – how people should “yurt it up” if they want to stay in a yurt. Or run a marathon, if that’s what tickles their fancy.

“Sounds super hard, but okay!” she frown-smiles, with just a smidgen of contempt.

And then comes the point you can almost taste the smugness through the TV screen.

With the confidence of an entitled toddler, she simpers: “If you want a Diet Coke, have a Diet Coke.”

As this viewer comments, it comes off as very patronising.

Coca Cola’s video ad is irritating. “If you wanna live in a yert, yert it up. If you want a diet coke, have a diet coke” – just feels weirdly patronising and annoying.

After all, what does the Venn diagram of those people in the UK interested in yurts, marathons (not the chocolate bar FKA ‘Snickers’) and Diet Coke look like? We’re guessing the first and second subjects don’t approach the interest of the third.

This tweeter also feels the ad is trying too hard (while at the same time affecting to be laid back).

Amazed that no one else feels hatred for this ad like I do. Life is short: drink a Diet Coke. Go on, be a rebel. Wear comfy casual clothes too! Yurt it up! YOLO! https://t.co/Whx3NdIh4o

Even the chilled out, bubblegum pop sound design feels gratingly inauthentic – surely this is just a soundtrack for posers?

Was that yurt Diet Coke ad inspired by the Pina Colada song? “If you like Pina Coladas, and getting caught in the rain; If you´re not into yoga …”

Another tweeter went as far to say the eerily similar US version of the ad – starring Gillian Jacobs – induced nausea. Sounds messy.

The new diet coke ad featuring a generic mid-something wearing leggings and the luminous complexion of white privilege makes me want to vomit on myself. https://t.co/iQJLLyXmu5

One devoted fan, however, insisted they would continue sipping Diet Coke – but despite of, rather than due to, the ad.

How much do I love Diet Coke?
That even my hate for this Diet Coke ad can’t make me stop drinking it

And that’s about as positive as reviews get for this Diet Coke ad.

Have the Diet Coke ads been made by Pepsi?

Diet Coke’s lame new ad campaign is a great example of just because I can, doesn’t mean I should.

I think I’m too old for the new Diet Coke ads pic.twitter.com/31CbIMBLV9

But is this Diet Coke ad really the worst to ever offend your eyes and ears?

There is a long, long list of contenders and we’d love to hear which ads grind your gears the most over at our ED! Facebook page.

Here are the ad irritants currently needling the ED! office…

1) Diet Coke, obviously – are you not paying attention?

6) NESCAFÉ Gold ‘For the Moments That Matter’