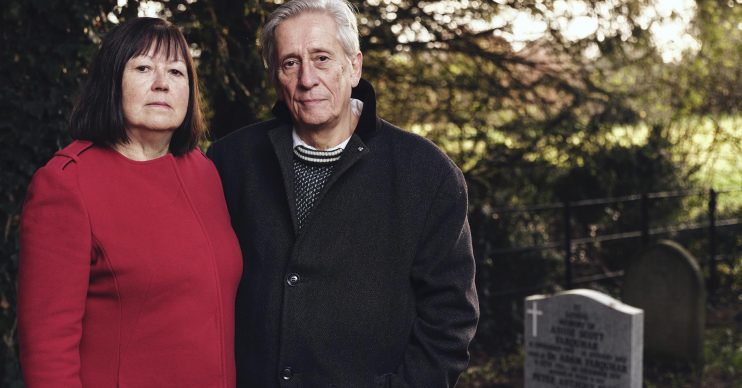 The chilling documentary caused one viewer to call it ‘the most disturbing true crime documentary I’ve ever seen’.

An almost unbelievable story of love and betrayal #CatchingAKiller: A Diary from the Grave. Tonight at 9pm pic.twitter.com/U67i6LXMFt

The show told the story of how the deaths of Peter Farquhar and neighbour Ann Moore-Martin in the village of Maids Moreton in 2015 led to the conviction of Ben Field, a would-be vicar who had recently become a part of their lives and a beneficiary of his will.

He had also defrauded Ann.

It was initially thought that Peter died after a long illness, but after a look through his diaries, it was revealed he was in love with Field.

To confirm his cause of death, police exhumed his body, where it was determined that Field had given him drugs and whiskey to kill him.

It was this detail and the forensic examination of Peter’s stomach that tipped viewers over the edge.

Oh…. My…. God! This is really quite chilling #CatchingAKiller

Many thanks to @truevisiontv for their work on the latest @Channel4 #CatchingAKiller film, to Peter’s family for their dignity and to @ThamesVP’s amazing Major Crime team for their professionalism, perseverance and humanity.

That video was spine-chilling and absolutely psychopathic #CatchingAKiller

One viewer said: “I think this is the most disturbing crime documentary I’ve ever watched.

I think this is the most disturbing crime documentary I’ve ever watched.

“Thankfully the police are professional and compassionate.”

Another said: “That video was spine-chilling and absolutely psychopathic.”

Viewers also praised the programme for its sensitivity.

But it wasn’t all positive.

One viewer tweeted: “Can’t help but feel they’re showing too much.

“I feel disrespectful just watching it.”